Last week I wrote about research recently released by the Center for American Progress and the Education Trust. Both organizations revealed the scant teacher diversity in the nation’s public schools, even as children of color become the majority.

Efforts are underway to recruit more teachers of color, and one such successful initiative is in New York. NYC Men Teach was started two years ago under Mayor Bill de Blasio; the program is part of the mayor’s Young Men’s Initiative (YMI), started under former Mayor Michael Bloomberg.

NYC Men Teach, a three-year pipeline program, has a goal of recruiting 1,000 men of color into the teaching profession. Two years into the program, it has already recruited 900 men.

I spoke with Deputy Mayor Richard Buery, under whose purview YMI falls. Buery said that the program is a priority because of the administration’s commitment to equity.

“This is a critically important issue,” Buery told me. “We’re in a crisis in terms of diversity in our nation’s teaching force. The real question is, why aren’t men of color entering the teaching profession and why aren’t they staying there?”

In New York, students of color make up a majority of the city’s public school students; more than 43% are boys of color. Yet only 8.3% of its teachers are black, Latino, or Asian men.

This matters because research shows that, especially for low-income black boys, having a black teacher significantly lowers—by 39%—the likelihood that they will drop out of high school. Interestingly, other studies have suggested all students prefer teachers of color.

It’s also worrisome, Buery pointed out, that 85% of white students in New York State attend a school without a black or Latino principal or assistant principal. Those kids are going to school seeing “no model of black or Latino leadership or authority in the building,” Buery said.

But to get them in the building requires getting over hurdles that can be barriers to entering the profession.

“In talking to the teachers, we’ve learned that many men of color have not had positive school experiences themselves,” Buery told me. “That can have an impact on their willingness to pursue a teaching career.”

The pathway to certification is demanding and not always clear, Buery said. Plus there’s the challenge of teaching generally. “Teaching is a difficult and challenging calling—it’s not for everyone,” he conceded.

He also said men of color face unique retention challenges. For example, having a supportive team of other men of color in the building is important to them. Without it, “that alone can be a barrier to those who would want to receive mentorship, support, and community.”

Another common challenge is being assigned the role of disciplinarian.

“Putting men of color in that role whether or not they’re interested in it or prepared for it, and also without supporting them” exacerbates the difficulties of a job that is already difficult.

Anecdotally, Buery is getting positive feedback about NYC Men Teach. The recruited men are being retained and finding support. It’s too early for quantitative results—and some results won’t be apparent for years, not until today’s students are faring well in college.

But in the end, it’s not just about academics, Buery said. “It’s about citizenship and leadership. It’s about having people see a vision of the world where people of all races lead and guide. We need our schools to look like the world we’re trying to create.”

For more about NYC Men Teach, visit its website. 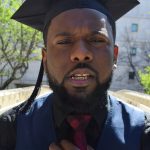