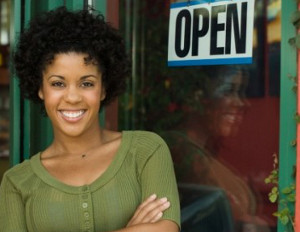 A great idea can still be a bad business. Just because you closest friends or family swear that your sweet potato pie and German chocolate cake are the best they’ve ever eaten doesn’t mean you should open you own bake shop. It takes more than a good product to run a viable and profitable business.

Many would-be entrepreneurs have spent months planning, building and scheming only to find out later that they have wasted their time on a product that no one wants to buy, no one understands or no one will ever hear of because of 50 other competitors in the marketplace.

Building a successful company is hard enough without facing challenges that you might not be able to overcome through sheer will and creativity, says startup advisor Seth Talbott, who started his career in IT and software development over 15 year ago and since then he has run a global data center for a major software company. He has been CEO of the award-winningÂ Longevity Medical Clinics, and founded numerous companies, includingÂ PromedevÂ andÂ AtomOrbitÂ which VentureBeat named one of the most innovative early-stage startups in the 2013.

So what makes a great idea actually great? Here are Talbott’s top three things that he looks at when evaluating a potential new product or service:

Does it solve a problem that enough people will pay for?

Just because you found a problem and put the time and effort into solving it doesn’t mean that you will find people willing to actually pay money for a solution. You need to understand your customer, their motivations and their business model before you potentially waste a lot of time and money.

Can you dominate with meaningful differentiation?

We need to recognize how easy it is to fall in love with our own ideas and create a product with meaningless differentiation. Often, the differences we highlight between ourselves and our competitors aren’t that important to the customer. This can be a fatal flaw when trying to stand out in a crowded marketplace. You can’t dominate an industry if you can’t differentiate in ways that resonate with your customers without a lot of explanation. If the difference between you and your nearest competitor is hard to explain, then you will struggle with marketing, sales and fundraising.

Just a neat business or a scalable business?

Just because you can find potential customers doesn’t mean that you can find enough customers quickly and easily enough. And here is the worst part: You can initially sell the idea to a few companies, thinking that you are onto something, only to realize later that you were addressing niche issues that aren’t as common as you assumed. This is why you need to understand the market that you are selling into early and connect with people who have been in the industry for a long time. That way, you can correctly assess whether or not your solution applies to enough other customers to really matter. There is nothing wrong with starting a company that just pays your bills and doesn’t scale to the moon, but learn to recognize the difference so that you don’t waste your time trying to build a huge company around a limited idea.

Sufficiently answering these three questions is not a guarantee that you have a successful business on your hands, but it’s a start.

A version of this article appeared on StartupCollective, a virtual mentorship program designed to help millions of entrepreneurs start and grow businesses. It was launched by the Young Entrepreneur Council (YEC),Â an invite-only organization comprised of the world’s most promising young entrepreneurs.