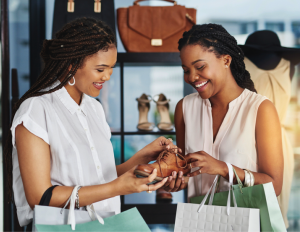 There’s no escaping online ratings and reviews in today’s consumer world. Whether we’re picking a professor or our next meal, we’ve come to not only trust but relish reviews. For better or worse, they’ve utterly usurped our decision-making process.Â These anonymous, crowdsourced reviews mean big business (or lack thereof) for brands. Positive reviews taken to a public arena do your marketing for you. They’re a testament to your quality and increase trial and conversion rates. Negative reviews do just the opposite. They scare off potential and existing customers and may even point them to a competitor.

It’s no surprise, then, that brands want to encourage positive reviews and ward off negative reviews. Many go as far as engaging in black-hat tacticsÂ (like fake reviews) to fight negative feedback – from crowding out negative reviews with fake ones, to blackmailing critical reviews, to engaging in expensive lawsuits over purported libel and defamation.

What so many sellers are missing out on as a result is the inherent value of a customer complaint. Companies large and small can leverage negative feedback for positive results. Feedback, negative or positive, is a gift. A gift that too few brands acknowledge.

Positive feedback means free marketing and a nice pat on the back. Negative feedback is a little less obvious of a gift. It provides a map to the holy grail of greater retention, revenue and recognition. But it’s a map that first needs to be decrypted by embracing a new mentality around how we interpret, respond, act onÂ and manage this negative feedback.

Interpreting and Responding to Negative Reviews or Feedback

As business owners, we try to discourage negative reviews and feedback and neglect to realize how rare customer feedback actually is. The reality is, we only ever hear from one out of every 27 unhappy customers. That 27th customer leaves you with a present – an indication of why they are leaving and likely why others have left as well.

In a world where one-to-one customer communication is only a text, email, push or tweet away, the vast majority of complaints still go unanswered. Out of those that make their way to Twitter, for example, 70 percent go unanswered.

There are many reasons we rationalize ignoring complaints: It’s a lost cause. It will go away if we just don’t pay any attention. Or it’s just easier.Â Eighty-three percent of complainersÂ say they like or love when brands follow up with a response or apology. Even more astonishing, 70 percent of unhappy customers will do business with you again if their complaint is resolved.

That’s why we monitor our Twitter account to ensure complaints aren’t left unanswered. Our team offers a personalized responseÂ and is able to access the customer’s account information to work with customer success and engineering to find a quick solution. Customers appreciate when companies take the time to address their issues, and will often let the public know it’s been resolved if they left their complaint on a public forum.

Be open and honest with customers who have negative feedback about your company, even if it’s in the public domain. Is a solution to their complaint on your roadmap? Tell them! Is their complaint something that won’t be addressed for a while? Let them know, and explain why. Communication is key to every healthy relationship. It plays an important role in responding to and managing negative feedback.

Robi Ganguly is the CEO of Apptentive,Â the easiest way for companies with a mobile app to listen to, engage, and retain their customers.