3 Reasons Apple and the FBI Both Lose on iPhone Issue 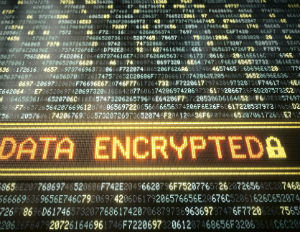 It has been a veritable cage fight between big government and the ultimate example of capitalistic success: the battle between the Department of Justice and Apple over unlocking the iPhone of the deceased San Bernardino shooter.

[Related: Apple: We Did Not Expect to Be at Odds With Our Government]

The nasty public spat between the two entities has pitted extreme data privacy advocates against those who areÂ concerned about national security. InÂ our digital age, where terrorism is a very real threat, such polarized black-and-white thinking is useless and detrimental to the adult conversation society must have on the matter.

Instead, we were subjected to Tim Cook using the battle cry for data privacy to mask what is ultimately in Apple’s best corporate interests. We also witnessed the government’s attemptsÂ to strong-arm a private company. The inflexibility of both camps makes each aÂ loser on this issue. Here are three reasons why:

1. It enhances the perception of government as overreaching and incompetent: The public, of late, has witnessed too many examples of government overreach from unjustified shootings by law enforcement, including that of 12-year-old Tamir Rice,Â which resulted in no indictments. Now the FBI is demanding thatÂ a private company essentially sabotage one of its own products.

The Apple/FBI spectacle alsoÂ shows the governmentÂ as being technologically out of step and incompetent. Security experts have almost collectively stated that the FBI did not need Apple to unlock that phone.

And they were right: The FBI just announced that itÂ was able to successfully unlock the phone without assistance from Apple. The FBI has egg on its proverbial face, and this public display of obstinacy was a complete waste of energy and resources.

2. Apple may discover that not working on a solution to assist the FBI may have repercussions:

The government is not providing any specifics on how it unlocked that phone. Now Apple has to contend with the fact that the encryption baked into its devices can be compromised by outside sources. There is little indication that the government will be forthcoming with details without a lawsuit.

3. There is still no appropriate resolution: The battle between Apple and the FBI was an opportune moment to have a serious and rational national debate on the balance between our privacy and national security. Or, as President Obama put it during his keynoteÂ speech at SXSW 2016, “How do we create a system where the encryption is as strong as possible; the key is secure as possible and is accessible by the smallest number of people possible…â€

A hive mind of the FBI and Apple could have set the course toward achieving exactly what the president proposed. Instead, the battle between the two gave further fervor to extremist views rather than solutions.

Money Moves To Make Before You Quit Your Day Job