3 Concerns Consumers Should Have About the Verizon/AOL Merger 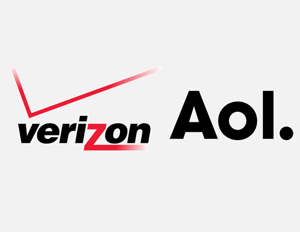 The $4.4 Billion Verizon acquisition of AOL wasn’t an antitrust concern, the FCC announced in May that they would not review the merger, and the FTC hasn’t either.

AOL is a leader in the digital content and advertising platforms space. In fact, post-merger, AOL scored a deal this week to assume management and sales responsibility for Microsoft’s display, mobile and video advertising inventory in nine markets. The combination of Verizon and AOL creates what eMarketer estimates is a nearly $600 billion global advertising industry.

“The deal means we will be a division of Verizon and we will oversee AOL’s current assets plus additional assets from Verizon that are targeted at the mobile and video media space. The deal will not change our strategy — it will expand it greatly. The deal will give our content businesses more distribution and it will give our advertisers more distribution and mobile-first features. The deal will add scale and it will add a mobile lens to everything we do inside of our content, video, and ads strategy,â€ Tim Armstrong, AOL’s chairman and CEO, said in the memo.

But people are still concerned about whether Verizon will respect the privacy of consumers, apply unnecessary fees to internet use, and how AOL property’s like HuffingtonPost, Endgadget and TechCrunch will objectively cover people, politics, products and services without being deferential to their parent company.

Here are three reasons why the Verizon/AOL Deal might not be as innocent as they want you to think it is.

Even Arianna Huffington, CEO and Chair of The Huffington Post, denies that editorial objectivity is at risk.

In a public memo she told employees: “I am convinced that we will have both the editorial independence and the additional resources that will allow HuffPost to lead the global media platform shift to mobile and video.â€

She’s likely right since Huffpost bloggers aren’t compensated; but what about TechCrunch and Endgadget? Will they continue to exercise due diligence as they review products and services that directly affect whether consumers shop with Verizon or its competitors.

It’s not an invalid concern. Last year, when Verizon started SugarString a tech news blog, it allegedly took proactive steps to prevent the editors from discussing net neutrality, rules that would impose regulations on broadband providers like Verizon and define the internet as a public utility. Soon after this conflict of interest was reported, Verizon shut down SugarString.

This time, instead of alleged instructions on what to write or not write about, Verizon welcomed AOL to the family by giving employees and editors brand new, free tablets.

Verizon ran into a privacy controversy last year by using a tracking code that was impossible to delete. After facing criticism from privacy advocates and lawmakers, Verizon said it would allow users to opt out of the so-called “supercookies.”

“In light of Verizon’s efforts to collect data on customers with its ‘Supercookie’ for advertising, this raises some significant privacy and competition concerns,” said Harold Feld, senior vice president at policy advocate Public Knowledge in an interview with Multichannel.com. “Until the FCC resolves the question of how to apply the telecommunications customer privacy rules to broadband, there is a real danger that Verizon will share customer data collected from its mobile data and FIOS subscribers.”

Save on Moving Costs Without Busting Your Budget

Married to the Boss: Can Marriage, Money and Multimedia Mix?