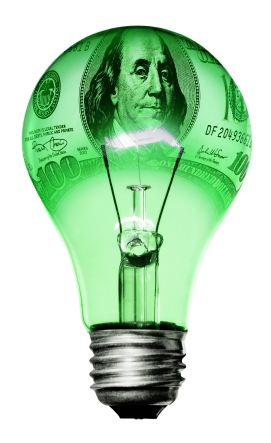 Every artist faces the daunting task of scraping together enough money to finance their pet project–be it music, fine art, film, theater, or dance. Choosing the right method of funding relies on many factors, including the type and scope of your project. Financing can come in many forms, from asking close friends and family members for donations or loans to applying for national grants and cash prize awards.

The following three funding models can assist you with financing your life’s passion and next big project.

Crowd funding is the latest trend among artists. The way it works: you pitch your project, create a monetary goal, and then engage social networking to drive friends, family, and others online to donate. There are several crowd funding websites out there, including Kickstarter.com, one of the more popular ones. Although a lot of artists are utilizing it, not everyone is successful at it.

Issa Rae’s campaign is one that proved lucrative. Rae is the creator, director, and star of the Web series The Misadventures of AWKWARD Black Girl (ABG). Within a month, she raised more than $56,000 from nearly 2,000 backers using Kickstarter, surpassing a target goal of $30,000.Â  She used the funds to shoot remaining series episodes (which cost about $5,000 per episode to produce). ABG follows the title character “Jâ€ and her friends as she navigates through life, love, and awkward situations.

It was in-kind support and volunteers that enabled Rae to film the first several episodes. At the time she launched her fundraising campaign in July 2011, the Web series averaged 60,000 viewers per episode. She figured if 50% of her viewership donated a dollar each she could get $30,000 in donations offering such perks as ABG wristbands, T-shirts, autographed posters, and digital downloads of the season.

ABG’s cast and crew mobilized viewers through Facebook, Twitter, and Tumblr to repeatedly urge friends and acquaintances to support the campaign. Word-of-mouth spread through social media and several blog posts. “A lot of the bloggers turned the campaign into somewhat of a movement. By supporting us people would be helping to change the face of media,â€ says theÂ  26-year-old filmmaker.

Before You Accept That Promotion …