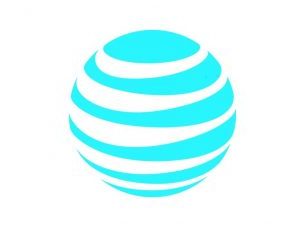 The 50 companies on this year’s Best Companies for DiversityÂ list represents brandsÂ that recognize the value ofÂ cultivating an inclusive environment, driven by company leadership through senior management and the board of directors, as shown in the BE Registry of Corporate Directors. Some are taking a step further to engage employees during turbulent and confusing sociopolitical times.

Here, we’d like to highlight AT&T, the multinational telecommunications company that’s headquartered in Dallas, and what it’s doing to push forward and nurture diversity and inclusion. AT&TÂ is also a member of the Billion Dollar Roundtable–an advocacy organization that recognizes corporations spending at least $1 billion with minority and woman-owned suppliers.

In 2015, AT&T’s black retention rate was 85.6%. Their workforce was 33.3% female, and 42.4% people of color. Twenty-eight percent of new hires were women, and 55% were people of color. Nearly nine out of 10 employees who are female or POC had stayed with the company for a year or longer.

AT&T’s development initiatives, including their Leading with Distinction program and many mentoring and employee resource group (ERG) activities, have strong representation among their African American employees. The Community NETwork ERG: African American Telecommunications Professionals of AT&T is a critical, business-aligned channel that has helped produce leadership candidates.

Community NETwork serves as a strong pipeline for future leaders within AT&T. It has over 12,000 members, and it is the oldest and third largest ERG at AT&T. Each year, Community NETwork joins other ERGs at the company’s national Employee Resource Group Conference, where more than 1,700 ERG members have the opportunity to interact with more than 100 senior leaders and participate in many developmental workshops and networking activities.

CEO Randall Stephenson is also invested in diversity and inclusion. He leads the company’s Corporate Diversity Council to monitor the progress of key corporate initiatives. At a recent gathering of the company’s Employee Resource Groups in September, he called for an open conversation about the current climate of racial issues in America. He stressed that if this is a dialogue that’s going to begin at AT&T it should start with himself. His commentsÂ were filmedÂ and have been uploaded to YouTube.

“When we talk about race, let’s begin the discussion with why: why does my colleague feel this way? If we can understand ‘why’ it’s so much more likely that we can agree on what needs to be done,â€ he said.