Wendell Scott to be Honored by NASCAR 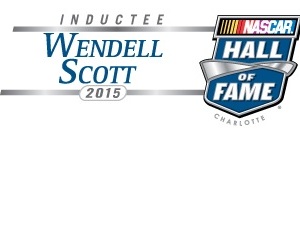 “Wendell Scott faced numerous adversities throughout his racing career. At the end of the day though, he persevered and overcame all odds,â€ said Clay Campbell, president of Martinsville Speedway. “That perseverance serves as an inspiration today, and as a testament to that he was inducted into the NASCAR Hall of Fame.â€

Scott was the 1959 NASCAR Virginia Sportsman champion and won more than 100 races at local tracks before he started his NASCAR premier series career. Scott made 495 starts (35th on the all-time list), accumulating 20 top-five and 147 top-10 finishes in 13 years of NASCAR premier series competition. He died in 1990, at the age of 69.

In Scott’s honor, NASCAR currently awards scholarships in his name through the United Negro College Fund, the Hispanic Association of Colleges and Universities, and the Thurgood Marshall Scholarship Fund. The Wendell Scott Trailblazer Award is awarded to a diverse or female driver in the NASCAR Whelen All-American Series who has demonstrated significant contributions on and off the track. Current NASCAR D4D driver and last year’s NASCAR Whelen All-American Series Nevada state champion Jay Beasley was the 2013 award recipient.

Jameel Spencer: Defining the Brand When It Matters