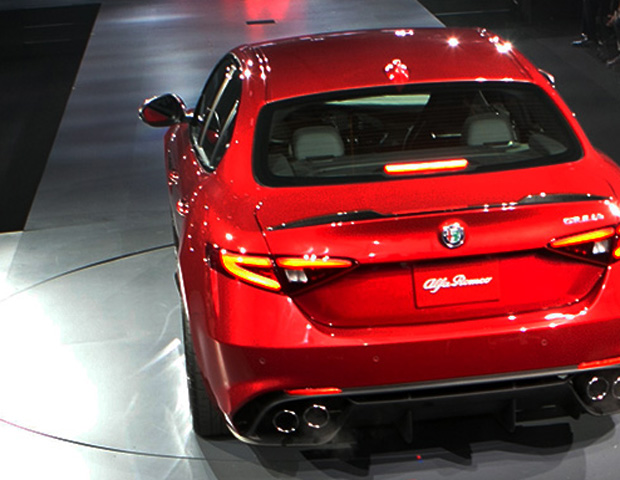 The 2015 Los Angeles Auto Showhas wrapped up and has left car enthusiasts with a lot to get prepared for with upcoming car releases. This year’s show really focused on integrating technology into the driving experience. New apps, gadgets, and driving technology are changing the way that consumers engage with their vehicles. Additionally, auto makers revealed their latest edition of the cars that will “wowâ€ buyers and introduce them to new concepts.

I drove the Lincoln MKX to the LA Auto Show, which was a treat in itself. However, Lincoln debuted theirÂ 2017Â MKZ at the auto show with a revitalized approach to their luxury line. The mid-size sedan has been upgraded to include driving technology that improves the performance of the vehicle as well as design enhancements that remind consumers that the Lincoln brand is a “founding fatherâ€ of automotive luxury. Speaking of luxury, Mercedes revealed its 2017 SL Roadster, Jaguar unveiled its dual-engine XE, and Bentley showed off its Bentayga, their luxury SUV, which is priced around $300K.

As far as innovative technology, this year’s show urged car consumers to leap into the future and expect more intuitive and engaging car experiences. The Connected Car Expo was the hub for all things technology at the LA Auto show. It featured panelists and auto techies who introduced concepts that will significantly change the safety, accessibility, and drivability of vehicles. From cars that literally auto-pilot its passengers to their destinations to custom-setting the car’s climate, seat position, doors and windows, audio playlist, and more from a smart phone, auto technology has far passed the days of a simple remote alarm and garage door opener.

Overall, the LA Auto Show satisfied many types of car enthusiasts. There were “greenâ€ energy-efficient cars, luxury brands for modest and extravagant buyers, SUVs and crossovers that fit five to eight passengers, and roadsters and sports cars for those with the need for speed. Many of the cars debuted at the show will hit dealerships in the spring of 2016, while others will slowly make their debuts throughout the remainder of the calendar year. To see a full recap of the Auto Show, check out http://laautoshow.com.

Aniesia Williams is a Brand Executive, Recovering Publicist, Journalist, and Digital Beast. Aniesia brings over a decade of experience in areas of marketing, new media, branding, and client management. She has provided this expertise to some of the world’s largest brands including Ford, Samsung, Shell, Lionsgate, and Clinton Global Initiative, establishing herself as a progressive strategist who understands the needs of companies, agencies, and personalities. When she’s not consulting, she’s writing content for online publications such as The Huffington Post, Black Enterprise Magazine, and PopWrapped to name a few.

In It to Win It: 3 Strategies For Achieving Your Goals in 2016