While attending the BE Next event at Rare Soul Tapas Restaurant hosted by CNN, Gentleman Jack, and Buick, I met Toni Brown, 34, owner of a candle business called A Touch of Scents. I had been on the prowl for BE Nexters, business leaders comprised of entrepreneurs, corporate professionals, and technology innovators ages 21 to 35. I wanted to see if they were making the most of the conference.

From person to person I asked, “What do you do? What connections have you made? How do you plan to follow up to build relationships?” The answers varied. But then I met Toni Brown who humbly told me about her candle business. Brown manufactures triple-scented, natural wax, hand-poured, lead-free candles in a variety of scents that last the entire burn of the candle. She may have been being too modest before her friend, Felicia Joy, founder of the Ms. CEO Show, jumped in and said, “Tell her about your power move!â€

Brown had been introduced to Darnell Henderson, founder of H.I.M-istry, a men’s skincare line (Black Enterprise, January 2010) through a mutual contact, Tierra Reid. Henderson and Reid had lost touch but were reconnected at this year’s EC, where Henderson shared his aggravation with not being able to find a product to compliment his gift bag.

It gets better. Reid had met Brown at a fashion event in Atlanta prior to EC and reconnected with her this year in Atlanta, where they talked about her scented candles. Lightbulb!

Now I had them all in one room. Henderson, the 31-year-old with skincare products in more than 100 Macy’s stores and on army bases across the country who was looking to improve his gift bags; Brown, who was looking to expand her line of natural wax candles; and Reid, who they both call the “glueâ€ because she stuck them together.

“Darnell said he tried to put other items in his gift bags but wanted something unisex to include in his packages,â€ said Brown. “I told him that my candles are custom made and that I could use the oil from his product line to make them smell like his product. He liked that.â€

Deal made! After all, that is what happens at the Entrepreneurs Conference. You see how networking works? It can help you get a job or, in Brown’s case, expand your business. You may meet someone who knows someone who has somethingÂ  that can help you, or vice versa.

I hope there are many more stories like this as a result of attending the Black Enterprise Entrepreneurs Conference + Expo. We’d love to hear about the connections you made. Send me a tweet (twitter.com/LaToyaReports) with your success story or comment below.

Look out for H.I.M-istry’s gift bags featuring A Touch of Scents candles this fall.

LaToya M. Smith is an assistant editor at Black Enterprise. 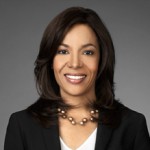 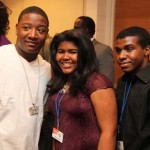