2 Chainz to Reportedly Run for Mayor of Hometown 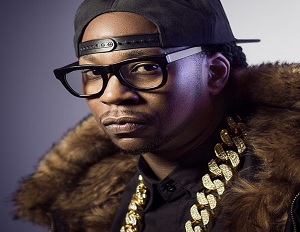 It seems as though rapper 2 Chainz is looking to have an impact on his hometown in a way that goes beyond the music business.

Earlier this month, the Georgia bred rapper, whose real name is Tauheed Epps, made internet headlines when he went toe-to-toe with HLN host Nancy Grace about the legalization of marijuana. Now, the 37-year-old is making headlines again with news of him considering a career in politics.

In an interview with XXLMag.com, the rapper opened up about his potential bid to run for mayor of College Park, Georgia.

“I’m a musician, not a politician,” he said. “I’m supposed to be running for mayor in College Park. I got everybody wishing. I’m really going to do this little mayor thing in College Park. I’m just trying to make sure I have the right qualifications.”

If 2 Chainz does meet the requirements to run for mayor, the Alabama State University alum will be running a race against Jack Longino, who has served as mayor of College Park since 1996.