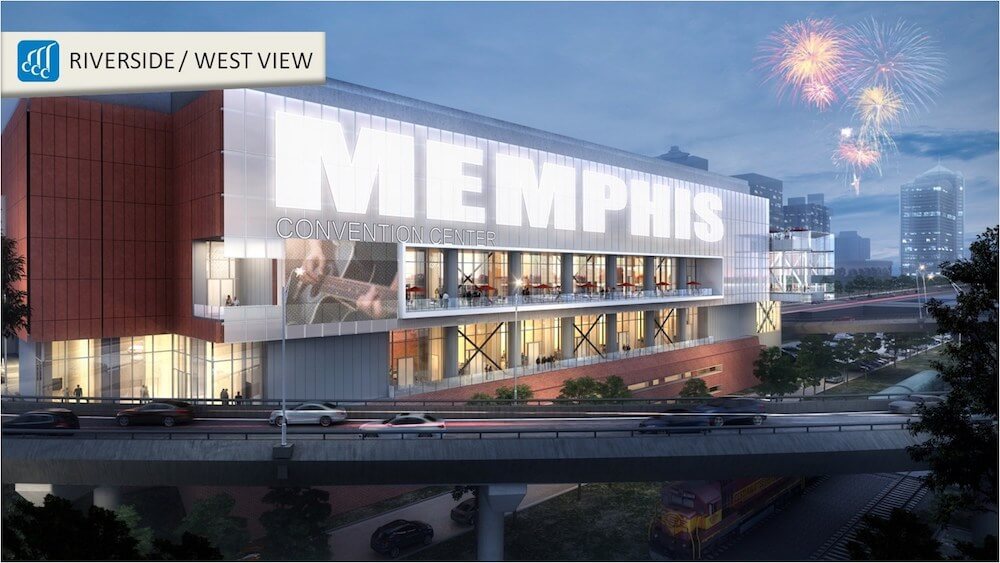 (A rendering of the west side of the Memphis Convention Center as it will look after completion in 2019. Image courtesy of the City of Memphis Office of Business Diversity & Compliance )

With plans by the Memphis Convention Center this year to launch a $175 million expansion and renovation, minority- and women-owned businesses have been targeted by the city to get at least 30% of the project’s work.

They will be joined by the City of Memphis Business Development Center, the anchor tenant in the 33,000-square-foot building vacant since 2001. Universal Life, founded by the late renowned Memphis black entrepreneur J.E. Walker, was a BE 100s company in the 1990s. The Egyptian Revival-style building at Danny Thomas Boulevard and Dr. Martin Luther King Jr. Avenue was a business and civic hub of the black community in the last decades of segregation.

Say hello to Memphis, where the outlook for new and existing black-owned business is sparkling. The “Home of the Blues” has been honored twice since last September as the place for blacks to open a small business  and thrive in a city that advocates and encourages that activity.

However, systemic racism in the procurement process, access to capital, and lack of diversity are among the city’s top pitfalls.

Memphis is experiencing a transformation on the black entrepreneurship front, where activity is brisk. The city’s contract spend with minority and women business enterprises (MWBEs) was only 12.67% or nearly $20.6 million as of December 2015, before Mayor Jim Strickland took office, says Joann Massey, director of the city’s Department of Business Diversity & Compliance. She was selected by the mayor to help turn around an anemic effort when it comes to MWBEs landing contracts with the city.

The action is paying off. Total city contract spending reached 21.33% or just over $41.1 million last year. Over half of that spend, more than $28. 9 million, occurred last year with African American businesses. The city’s commitment to black businesses comes as Memphis is reflecting on the 50-year commemoration this April of the assassination of Dr. Martin Luther King Jr.

Massey credits the growth to Strickland, contending the city has never ever achieved the outreach, access, and progress it’s seeing now on the minority-supplier contract spending front. “The monetary figures may be small scale for the greater economy but demonstrates progress in diversity and inclusion.”

Streamlined Certification Process a Plus

The changes have come since 2015 when Strickland was elected, making him the city’s first white mayor over two decades. His office streamlined the city’s in-house certifications for mainly MWBEs. In January 2017, the city began offering free staff in-house certification for those suppliers within seven to a maximum of 30 days, depending upon the review process. Before, vendors had to pay $300–$1,000 for third-party certification, which typically took 90 days or more registration with the city.

Massey says in-house certification is significant because it can help a small business grow, hire more people, and better compete in the private sector. The city’s directory of vendors has tripled from 135 vendors to over 378 during Strickland’s tenure, with roughly 75% of the vendors being black-owned firms.

Adversity Remains on the Procurement and Financing Fronts

Despite the progress, Massey says the city’s biggest challenge is overcoming systemic racism and discrimination from major decision-makers in the public and private procurement process in the city. She says those actions are preventing MWBEs from getting equitable opportunities to bid and win contracts with the government and major corporations.

Another obstacle for those firms in Memphis is obtaining financing ranging from $5,000 to $1 million to buy equipment, make payroll, and cover other operating needs to compete for larger projects.

“Those are barriers that cannot be remedied by the government alone, but must be overcome by tangible policy reform and cultural change from the community,” Massey says.

The good news is the city still plans to continue being intentional about doing business with Small, Minority, and Women Business Enterprises. “We will measure success through the progress made in increasing certified vendors and contracts awarded to those businesses,” Massey says.

Here’s a look at what is happening in Memphis and how black businesses may benefit from them:

Massey says the center will be modernized to help bring more conferences and conventions to Memphis. Construction is expected to be done in 2019, the city’s bicentennial year. MWBEs interested in bidding on the project should contact bdcinfo@memphistn.gov

The renovation will include adding state-of-the art training rooms. It also will have innovative programming and incubator space for African American entrepreneurs to help them grow. For more details, visit http://www.downtownmemphiscommission.com/develop-property/current-projects/universal-life-building/

The We Mean Business Symposium allows MWBEs to preview procurement opportunities in 2018. It includes  networking and a matchmaking forum with procurement officials from each division within the city, quasi-government agencies, and other government entities that work with the city. For more details, visit http://www.memphistn.gov/Business/We-Mean-Business-Symposium

This city’s Sub to Prime Accelerator addresses the disparity data from 2010–2014 before Strickland became mayor. It showed city contracting utilized subcontractors in construction at a rate of 40% but as prime contractors at only 3%. The program aims to change that ratio by providing procurement training certification and registration. It also offers bidding, proposals, and other support services. Fifty people graduated from the program last year. It has received grants of almost $75,000 from the State of Tennessee Department of Economic & Community Development. For more details on the programs, visit memphistn.gov/bdc 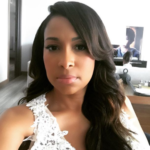 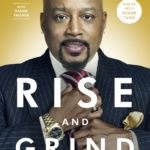