The Rhodes Scholarship is one of the most prestigious and oldest international fellowship programs for graduates and prolific intellectuals in the world.

Created in 1902 and named after South African mining magnate Cecil John Rhodes, the program brings together more than 80 scholars each year from South Africa, Australia, Canada, Botswana, India, Kenya, New Zealand, Hong Kong, Germany, Jamaica, and the United States, from which 32 scholars are chosen. Scholars are awarded scholarships worth $50,000 each for two years of study at Oxford University. 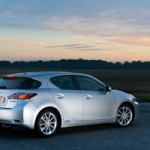