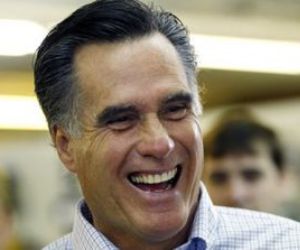 If you’re one of the many persons who are currently unemployed in Atlanta, a job may have just opened up for you…depending on the outcome of the election.

According to the Atlanta Business Chronicle, one Atlanta real estate company is going to invest thousands to create new jobs, but only if Mitt Romney is the next president elect.

Frank Duffy of Duffy Realty says he will only create the jobs if Republican presidential candidate Mitt Romney wins this Tuesday’s Election.

Even if Barack Obama wins the election Duffy promises to hire more staff, but not the 100 jobs he promises if Mitt Romney wins.

“I’m not willing to take that $50,000 out of my cash to make that investment, I will hire agents piecemeal, five, six, seven, eight at a time, but I’m not going to make the investment going out on a limb to help the unemployed…start their life over.â€

While Duffy reportedly supports Romney because he feels he’ll be better for small business, he did admit to a local Atlanta television station that his company has succeeded during President Obama’s time in office.

While extreme, Mr. Duffy’s stance is similar to other small business owners that have taken a “wait and seeâ€ approach to hiring & expansion regarding the outcome of the election.

According to a survey of more than 1,800 small business owners released in early October by Manta, an online community for entrepreneurs, 67% said they were optimistic about the outlook for their businesses after the election — but 80% said they had not hired any employees in the past quarter.

Among those surveyed, 47% planned to vote for Romney, compared to 35% for President Obama.

Why Are White Voters Siding With Mitt Romney?

Using Hip-Hop to Make a Difference: A Talk With Tamekia Flowers-Holland