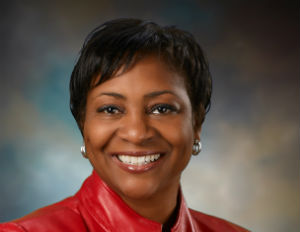 This post was written by La June Montgomery Tabron and was originally published on America’s Wire.Â It is edited and republished here with permission.

Ten years after Katrina devastated New Orleans, it’s time for mid-course corrections in the city’s restoration efforts. The foundations, nonprofits, and government agencies working to restore the city should pause to ensure that their investments will improve the pre-Katrina conditions that existed in communities of color, and that the racial and class inequities endemic prior to the storm are effectively addressed.

Katrina was an awakening. It exposed racial fault lines that had been tucked away from view. Visits to Bourbon street yielded fine food and music, but failed to paint a full picture of the city. After Katrina, impressions of New Orleans, changed drastically.

When the hurricane struck on August 29, 2005, more than 80% of the city’s residents had evacuated, leaving behind those who were most vulnerable. Many who had access to information, transportation, and funds for hotel rooms escaped, but those without resources were left behind–some desperately sought rescues from their rooftops–to fend for themselves or depend on public services that failed them. 27% of New Orleans, households lived in poverty, including nearly 40% of the city’s children. More than 1,800 people died because of the storm, 123,600 people left and never returned, and the black population dropped to 60% from 67% pre-Katrina.

In the chaos and devastation that followed, one thing became clear: the impact of racial, housing, education, and economic disparities on communities of color in New Orleans. In the storm’s immediate aftermath, people had to reconcile what they thought they knew about New Orleans, with the city they now saw. How had we missed the racial inequities for so long? Many communities of color were more vulnerable and thus their residents suffered much more than wealthier, white communities.

The W.K. Kellogg Foundation soon responded to address the inequities.

The Kellogg Foundation had worked with grantees in New Orleans, since 1942. Given these longstanding relationships, the WKKF Board of Trustees was compelled to help the children, families, and communities recover. The board immediately approved a $12 million appropriation to help provide food, clothing, shelter, rescue, and relocation; it also maintained a focus on long-term recovery. The swift grant making helped attract other support, as WKKF funding was at times matched by other foundations; companies like Home Depot, Time Warner, AOL, Walmart, and McDonald’s; and by religious organizations and government agencies.

#Katrina10: Nation Remembering the Hurricane and Its Continuing Aftermath