10 Reasons Obama's Presidency Will Go Down In History 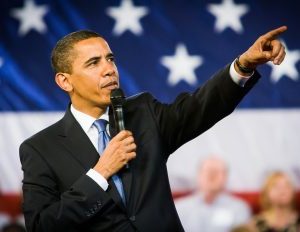 In a few short weeks, President Barack Obama’s tenure in the White House will officially come to an end and Donald Trump will begin his terrifying reign as the leader of the free world. For many, this is a very scary reality, one that I’m still grappling to come to terms with myself. Nevertheless, as we prepare for Obama’s exit, let’s remember what his administration as president has done for the American people.

One of Obama’s primary goals as president was to tackle the country’s broken healthcare system. Although we still have a long way to go in order to achieve this goal, Obama set the foundation by passing the historic Affordable Care Act. Because of his signature healthcare law, 20 million more uninsured Americans currently have health insurance today.

Obama, who made history in 2008 by becoming the first African American man to be elected as Commander-in-Chief, has left a legacy marked by civil rights victories and progressive legislation. For one, he overturned the Don’t Ask, Don’t Tell Act, allowing Americans from the LGBTQ community to openly serve in our armed forces. On top of that, he also extended federal benefits to same-sex partners of government workers and beat the record of appointing more openly gay U.S. officials thanÂ any other president.

Obama’s leadership helped bring our economy out of the worst recession since the Great Depression. He also revived the auto industry, which, in turn, helped Chrysler and GM create 250,000 more jobs. Plus, he passed the Dodd-Frank Act to hold Wall Street accountable and prevent another financial meltdown. In addition, he signed the Recovery Act, which cut taxes and saved millions of jobs.

No one can forget the wave of patriotism that flooded our country when the president announced in 2011 that Osama Bin Laden was dead.

“Last week, I determined that we had enough intelligence to take action and authorized an operation to get Osama Bin Laden and bring him to justice,â€ said the president. The notorious terrorist–believed to be responsible for the 1998 bombings of the U.S. Embassies in Kenya and Tanzania and the attacks on 9/11 attacks–had been on the FBI’s “most wantedâ€ list for more than a decade.

In order to directly help young people of color, the White House sponsored My Brother’s KeeperÂ Challenge, a public-private partnership that provides young men of color with mentorship and life intervention that aims to address their challenges and racial injustice.

After decades of tension, Obama worked with Cuban President Raul Castro to reverse broken relations between the U.S. and Cuba and restore diplomatic ties.

In 2013, the president called for states to raise the minimum wage to $10.10 an hour. Since then, 18 states, plus Washington, D.C. haveÂ raised their wages.

In March 2009, the Obama administration created the White House Council on Women and Girls to address women’s needs and concerns. The Council also launched a specific work initiative called Advancing Equity that ensure that policies and programs in the federal government takeÂ into account the unique obstacles faced by women and girls of color.

Use An Allowance To Raise Money-Smart Kids