Zendaya Is New Face of CoverGirl 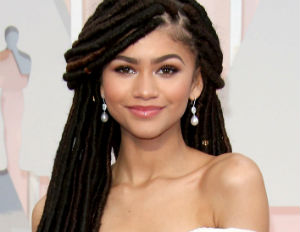 On Thursday, Jan. 22, 19-year-old “K.C. Undercover” actress ZendayaÂ shared on her InstagramÂ that she has officially been named the new face of CoverGirl.

“I am so honored to join the company of a roster as celebrated and diverse as CoverGirl’s. I can’t wait to share some of my own beauty tips with fans, and work alongside CoverGirl to continue empowering girls and women to celebrate their individuality,â€ Zendaya stated in a press release.

The CoverGirl TV commercial is set to air live during the Grammys on Feb. 15.Â Executive Vice President, Global Color Cosmetics, P&GÂ Esi Eggleston Bracey shared,Â “Watching Zendaya’s work and authentic conversation with fans in social media was truly inspiring to us at CoverGirl. She is not afraid to stand up for what she believes, and makes no apologies for who she is –Â we love her energy, confidence, and willingness to experiment and express herself with makeup. I know that together, we will do big things and help evolve the perception of beauty today.”

Zendaya’s deal with CoverGirl is the latest in her portfolio of impressive beauty deals, which include being an X Out spokeswoman, and she became the first celebrity ambassador for CHI haircare in September 2015.

What are your thoughts on Zendaya being the new face of CoverGirl? Share with us below in the comment section.

American Black Film Festival Picks Up Where Oscars Left Off

#Blizzard2016: How to Prepare For a Blizzard in Urban Areas