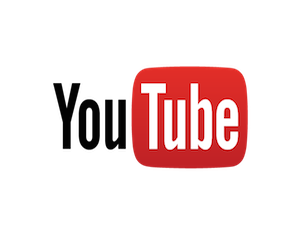 Subscribers will be able to access videos across all of YouTube without ads. In addition, YouTube Red allows users to save videos to watch offline. Membership extends across any device as well as to YouTube’s Gaming app and the new YouTube Music app that the company just announced.

YouTube Music will give users access to catalogs of their favorite artists and it works with Google Play Music–subscribers to either music service have access to both.

YouTube Red will also feature member-only access to original shows and movies. YouTube has announced some original content already including Scare PewDiePie, a reality-adventure series from the producers of The Walking Dead, and SingIt! a comedy satirizing singing competition shows.

The company also announced it will expand YouTube Red, YouTube Music, and its Gaming and Kids apps to more countries in the near future.

YouTube Red will cost $9.99 per month and rolls out Oct. 28. On that day, viewers in the U.S. can try the service free for one month. Ad-supported YouTube will remain free and available.

Industry insiders have noted that YouTube has had difficulties with monetizing its content. The month-to-month fee is a way for the company to pay some of the biggest stars on YouTube to keep developing content.

Original programming from video subscription services have been on the rise since Netflix started the trend with a series of successful original shows including Orange is the New Black and House of Cards.

Reactions in the tech industry to YouTube Red have, for the most part, been positive. An article in Forbes noted, “There is no way of knowing how many people will decide to pay for Red, but at this point, it’s almost surely going to attract some pretty impressive figures.”

Power Women of the Diaspora: Ugandan Leader Talks Passion for Bridging Borders Between U.S. and Africa