Recently, entrepreneur Stepanie Lampkin landed on Entrepreneur.com’s new show, Elevator Pitch and found herself pitching her business, Blendoor, to a group of investors. She rode the elevator up hoping that she would leave with funding, but instead she was met with an unexpected surprise. Once the doors opened, she found out that the people who were completely against her business were what tech would deem as the underrepresented minorities that her business caters to.

To put it in context, Blendoor captures candidate data from your existing applicant tracking systems and/or online job boards. Candidate profiles are then “blendorized” and displayed without name, photo, or dates to mitigate unconscious bias. When the investors were discussing her business the two women were completely opposed to the concept. “I really don’t think that this is in our bailiwick and I don’t believe in the model at all,” said investor Amilya Antonetti. “Me either, I would send her down but that’s just…,” responded investor Didi Wong.

You would think the women would be in favor considering the lack of both gender and ethnic diversity at tech companies specifically in Silicon Valley but, on the contrary, the allies for her business were actually the two white males in the room. “I know you guys are pre-judgemental. I’m not,” stated investor and judge David Meltzer, “but I seriously, as a businessman, would like to know how much revenue she has before I shut off an opportunity of learning.”

Check out the reactions in the clip below. 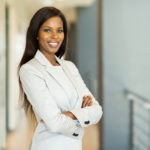 Boss Up—You Are the CEO of Your Life 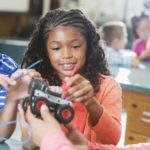