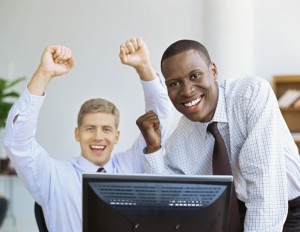 The economic downfall of 2008 and the shaky job market that resulted from it is still serving as a teaching lesson for many professionals. When it comes to the younger generation who were either just entering the job market or watching the nation’s unemployment rate rise while in school, a new survey shows their top concern after graduation is gaining financial stability rather than going after their dream job.

According to results from a survey done by workforce recruitment firm Adecco Staffing, professionals ages 18-24 would prefer to go after a regular pay check instead of fulfilling their occupational dreams. The report asked 1,001 participants from the millennial generation and Gen-Z (born after 1995) about their biggest aspirations after finishing school. While 79 percent of those surveyed said they are confident they will find a job within five months or less of graduation, 32 percent said that finding employment is their biggest concern. Overall, the top three greatest aspirations for the group surveyed was financial stability first, dream job second and getting married came third.

When asked about any concerns with student loan debt, the results show that the cost of education is more of a concern for Gen-Z than it is for millennials, with 21 percent of Gen-Z saying the cost of a school does matter compared to 13 percent of millennials.

Millennials Eyeing Millions: How to Sell Your Web Platform … Again and Again