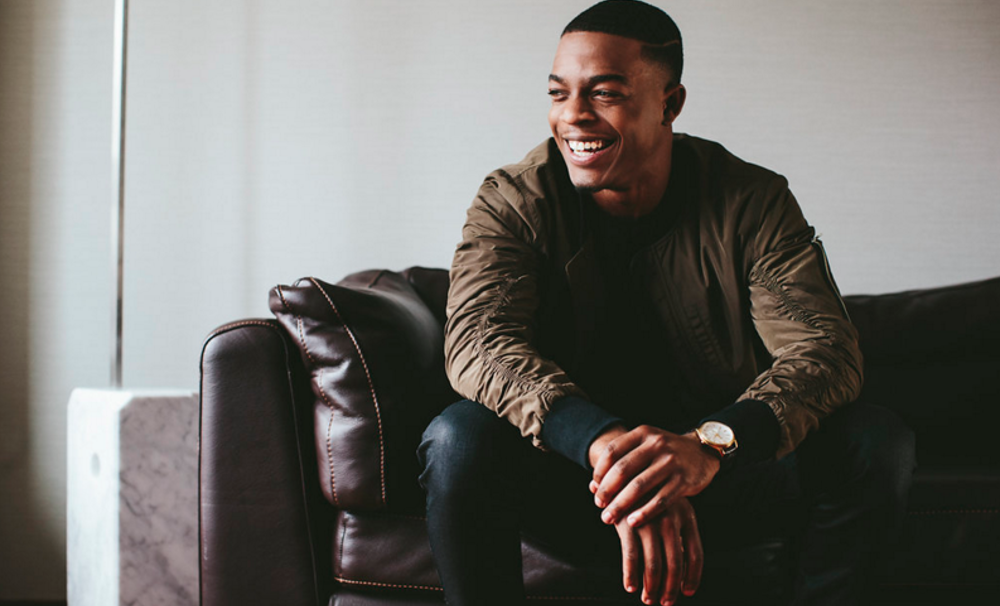 Race, whose title has multiple meanings, centers on Jesse Owens’ greatest days running in the 1930s and how he overcame racism and bigotry to win four medals in the 1936 Olympic Games. Directed by Stephen Hopkins, Race captures the many struggles Owens’ endured both domestically and abroad during the Olympic game in Berlin, as Adolf Hitler and the Nazis were becoming a world power.

At the young age of 22 Stephan James, who played civil-rights leader John Lewis in 2014’s Selma, relishes his role and experiences playing historical figures in American history. “It was really incredible to read some of the things I read about Jesse and his life, and I was blown away,” James tells BE Modern Man. “The fact that he accomplished so much here in America during that time is amazing. From the time he was in junior high school to high school and on to Ohio State University, he was breaking world records. To me, being a black man in 1936 in America and winning four gold medals in Berlin is a true source of inspiration.”

James acknowledges that playing someone like Owens on screen is a challenging task. Not a running superstar prior to the movie, he quickly mastered Owens’ long jump approach and unique gait on the track. He says, “I had to do a lot of research and obviously there is only so much you can find from 1936, but I did find some clips of him which helped me to mimic his running style.” He spent time at Georgia Tech training with coaches there to work on conditioning, speed, and finally Owens’ specific style from start to finish.

Born in Toronto, Canada, James, whose family is from Jamaica, began acting at the age of 16. Roles in DeGrassi: Next Generation, recurring roles in Home Again, and most recently, a leading role in Selma (John Lewis) has prepared him for his ascension through the Hollywood ranks. “My career in acting started out as a very experimental hobby; playing characters that I would show to my family and others I trusted,” James tells BE Modern Man. “In high school, I started to get more comfortable with expressing myself and I realized the way people were reacting. There was never really an ‘aha’ moment for me, I’ve just been having an incredible amount of fun and been fortunate to be in this position.”

In recent years, America has had more than its fair share of racial unrest, and there is a contrast in opinions along racial lines about the opportunities available today for African Americans. With race relations at the forefront of our minds today, James says. “I was happy to fill his shoes, and it is really a matter of art and how I can distribute it to the world. For me it was my own version of telling Jesse Owens’ story and I hope people can be inspired by that.”

The BlackEnterprise.com team salutes Stephan James for stepping up to the challenge of playing historical figures in American history at such a young age. From DeGrassi: Next Generation to Race, James is quickly becoming Hollywood’s new ‘it’ man and we look forward to seeing him continue his rise to the top.