Yolanda Adams is Serious About Business 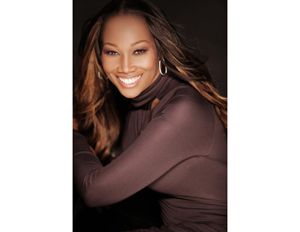 Millions have been moved by gospel singer Yolanda Adams’ heavenly recordings. Now, many are discovering just how evangelical she has become about her business ventures.

Infused with the entrepreneurial spirit by her late father, Adams has created an array of products under the umbrella of her company, Simply Yolanda. She operates out of her native Houston because, “I think we’re one of the most multicultural, multibusiness, and multifaceted cities pretty much in the world.â€

Two years ago, she developed her line of blended coffees by following a lesson her father taught her–”Look at everything you use every single day that you cannot live without, and chances are somebody else can’t live without that too.â€ At the urging of her attorney Ricky Anderson, last year, Adams decided to develop a line of bath and beauty products as a source of rejuvenation at an affordable price. After seeking such moisturizers for her personal use, she “found a couple of them but they were upward of $200. Now, where can I afford that? Most people I come in contact with through my ministry, books, radio, all that kind of stuff, they can’t do that because that’s a car note.â€ To date, she has gained roughly 300,000 units in orders for her bath gels and moisturizers. Her products generated about $1 million in revenues for Simply Yolanda in 2016.

Launching her business ventures in her hometown has been key to its development–from obtaining financing to gaining distribution. “I thank Houston for being a vital part of the expansion of Simply Yolanda because I have a partner in Clyde and Tonya Drexler,â€ she says of the former NBA star who was a high school classmate. “We have several regional retailers. We are in HEB, which is a Texas grocery chain, and we are also in local boutiques like Robin Anthony’s Renu Herbs.â€

Adams’ products will continue to attract attention as she gains valuable promotional platforms through her morning radio show and those of Steve Harvey, Rickey Smiley, and Tom Joyner as well as appearances at T.D. Jakes’ MegaFest, Essence Festival, and the Black Enterprise Entrepreneurs Summit. Recently becoming a vendor of Walmart, Adams’ products will be found on their shelves within the next 90 days. Such moves will make her well positioned when she releases her line of grooming products for men.

Her goal: “The next level of this is to create a manufacturing and distribution plant in Houston so I don’t have to outsource and we can create at least 200 jobs just by doing the body products.â€

Yolanda Adams is one of the many dynamic speakers and business leaders who will be featured at the 2017 EntrepreneursÂ Summit. Register for a ticket today!