Would You Pay $1000 For Samsung's Newest Smartphone? 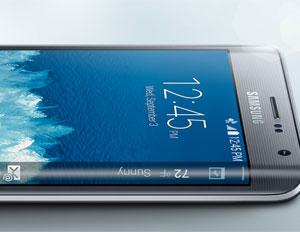 On Friday, Nov. 7, Samsung will drop its newest, and certainly most interesting Galaxy Note to date: the Note Edge.

The smartphone has a 5.6-inch display, which wraps around the right edge of the device, giving you easy access to often-used apps without obstructing the display.

AT&T will be the first US carrier to sell the smartphone, which will go for $399.99 with a two year contract.

That’s pretty penny, especially when you’re already signing up for a two year agreement. But what’s really mindblowing is the actual price of the device.

America’s wireless carriers have been using this trick for years: when a new phone comes out, the price often ranges from “free” to around $200, as long as you sign up for a two-year contract. In actuality, the devices are somewhat pricey, with smartphones like the iPhone 6 or Samsung Galaxy S5 usually retailing for over $600. The rest of the phone’s price is baked in to your monthly phone bill.

The catch? You often end up paying more than the phone is actually worth by the end of the contract. And the Galaxy Note Edge is expensive enough.

Just as expensive as a fully equipped iPhone 6 Plus. On AT&T, the Samsung Galaxy Note Edge, if purchased off-contract, will cost an exorbitant $945.99.

Sprint’s Galaxy Note Edge is a little more affordable off contract, priced at a cool $840, and drops on November 14. Hope your wallet is ready.

Turning Passion into Enterprise: How a Graphic Designer Grew His T-shirt Brand