Would Jesse Jackson Have Been A Better Black President Than Barack Obama? 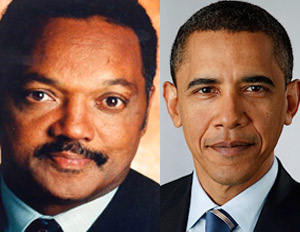 When Jackie Robinson became the first Black to play major league baseball, it was not only historic, but it opened the door to a flood of other Black players. Similarly, when Rosa Parks refused to sit at the back of the bus and help spark the Civil Rights Movement, it was again not only historic, but led to Blacks gaining rights that were already delineated in the U.S. Constitution.

While less successful, Jesse Jackson‘s two failed presidential campaigns (1984 and 1988) were still historic and also paved the way for a new generation of Black political operatives. As a result of Jackson’s failed presidential bids, the political arena was introduced to people like Ron Walters, Ron Brown, Donna Brazile, Alexis Herman, and Leah Daughtry. In essence, Jackson provided the necessary training for his staffers to be spread throughout major Democratic institutions (the Democratic National Committee, the Democratic House Campaign Committee, the Democratic Senatorial Campaign Committee, etc.). As a matter of fact, part of the deal Jackson negotiated for endorsing the Democratic nominee in 1988 (Michael Dukakis) was for Ron Brown to become Chairman of the Democratic National Committee (DNC). Brown was the first Black to become chairman of a major party.

Former President Bill Clinton even admitted that without Ron Brown, he would have never become president. Many of Jackson’s former campaign aides worked throughout Clinton’s presidential campaign and eventually were rewarded with jobs in his administration. Now, many of these former Jackson and Clinton staffers are some of the most sought after political operatives in the country.

Barack Obama‘s election as President of the United States in 2008 was historic–period, with no need for an “and…â€ The difference here is that Obama had few Blacks on his campaign staff and even fewer in his administration. To my dismay, there is no pipeline of future Black political operatives as a result of Obama’s election, as was the case in Jackson’s failed bids. In fact, Obama had to be embarrassed by a series of recent photos of an all-White campaign staff before he asked the Congressional Black Caucus to recommend African Americans for consideration for hiring on his campaign.

The Politico recently reported on an email it claims to have obtained through one of its sources saying that Stefanie Brown, director of the campaign’s African American Vote program, sent the “urgentâ€ message on March 21 that said, “The Obama for America campaign is in the process of really staffing up in states around the country, and I need your help to find qualified, African American candidates for some of these positions.â€

“Qualified African Americans?â€ Did Ms. Brown really need to specify the word, “qualified.â€Â  Was she really expecting a load of “unqualifiedâ€ referrals? I find her terminology quite insulting, but I digress…

The Politico further reported, “The diversity push–and specifically the effort to hire African-Americans–isn’t just on the campaign side: In Washington, four officials from the White House personnel office and lobbying shop met [recently] with chiefs of staff for members of the Congressional Black Caucus to discuss building a better pipeline for Black staffers to move from the Capitol to the White House. An administration official emphasized that the White House reached out to the CBC, not the other way around, and said the meeting was coincidental to the campaign’s efforts.â€

So, a few months before the election, Obama gets an epiphany about the need to have more Blacks in the White House. Are you kidding me? Whatever your feelings about Jesse Jackson, it is undeniable that his presence is still being felt from his failed presidential races. Without Jackson, Donna Brazile would have never been chosen to be campaign manager for Al Gore in 2000.Â  She was the first Black and first female to manage a presidential campaign.

Jackie Robinson, Rosa Parks, and Jesse Jackson were all historic figures, but they were also transformative. Obama’s election was historic, no question; but not transformative. One could reasonably argue that Blacks would have fared much better in a Hillary Clinton administration.Â  She, in many ways, has more personal relationships within the Black community than Obama does to this very day.

Let’s assume that Obama only serves one term; what will his legacy be relative to the Black community beyond the historic nature of his presidency? He is the head of the Democratic Party, but there is absolutely no evidence of his presidency in any of the major Democratic institutions.

We, as Blacks and Americans, celebrated the historical nature of Obama’s election; but the first rule of politics is to “reward your friends and punish your enemies.â€ When did Blacks become Obama’s enemy? 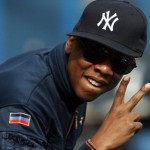