World Cup kicks off in Brazil 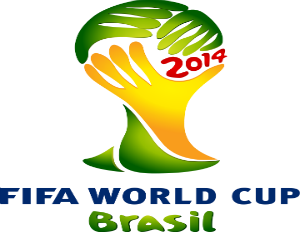 Let the games begin! Ladies and gentlemen, the World Cup is upon us.

It’s fair to assume the world will be watching as what is arguably the one true global sport takes center stage. Billions of people across the globe have waited four years for the tournament to roll around again.

The tournament is organized by FIFA. The FÃ©dÃ©ration Internationale de Football Association is “an association governed by Swiss law founded in 1904 and based in Zurich. It has 209 member associations and its goal, enshrined in its statutes, is the constant improvement of football.”

According to Reuters, “FIFA will give out $576 million with $35 million going to the champions, $25 million to the runners-up, and various amounts to every other team down to $8 million for those eliminated in the group stage. That’s a 37% increase from the last World Cup.”

Thirty-two national teams will compete in the tournament which is held in one country over the course of about a month. Brazil plays host this year. TheÂ World Cup in 2010 was held in South Africa, and Spain won.

Kick-off time for the opening match this year is Thursday, June 12 at 4:00 p.m. (EST). Host country Brazil will be playing Croatia. Brazil is gunning for a record sixth World Cup win. If they make it this year, it will be their first World Cup won on home soil.

He says, “You have to be realistic. Every year we are getting stronger. We don’t look at ourselves as underdogs. We are not. We are going to take the game to Ghana and they will take it to us and it will be an exciting game and then we go from there. For us now talking about winning a World Cup, it is just not realistic. If it is American or not, you can correct me.”

Klinsmann was reiterating comments he made to the New York Times this past December.

The U.S. opens Monday, June 17, with a 6 p.m. (EST) match against Ghana. They are in group G, the so-called group of death, matched up against Germany, Portugal, and Ghana. Only two teams out of the four can qualify and move on to the next round.

Other upcoming heavyweight World Cup battles this week include Spain versus the Netherlands. It’s a rematch of the 2010 Cup final, and England takes on Italy on Saturday.

Obstacles Are the Clothing of Opportunity