Working Women: A Mum Mouth Is Costing You Millions 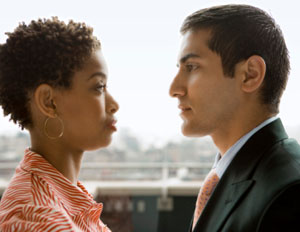 It’s been reported since the beginning of industrial times that women in the workplace earn far less than men. That women do more and get less. That they are often subject to discrimination and sexual harassment. That they don’t get certain benefits — such as maternity leave— because they shouldn’t be given exceptions for what some deem a choice.

Well, now, get into this: Women workers could be losing out on millions of dollars because they don’t even ask for what they should get.

Linda Babcock, a Carnegie Melon University professor and author of Women Don’t Ask: Negotiation and the Gender Divide ($39.95; Princeton University Press), recently told a CBS affiliate “Men are four times more likely to ask for more money, even in their very first negotiation of their very first job,” adding that over the course of a career, women are leaving $2 million on the table, all because they don’t speak up to ask.

It goes back to that common, age-old adage many have heard from wise elders: You won’t know unless you ask, (or in other words, “A closed mouth don’t get fed.”)

For women, it can be an issue of fear, insecurity or intimidation. For men, it’s a no brainer.Â Here are a few resources to help you gain the confidence and know-how to get those millions that are rightfully yours:

Want to Earn a Man’s Salary? Negotiate Like Him

Young Woman’s Guide to Negotiating from A to B