A friend of mine who taught in Puerto Rico’s schools faced a dilemma after having children of her own. She wanted to earn an income yet not be away from her two young daughters all day. By opening a preschool in her home, she accomplished both of her goals, but she also met a third goal she hadn’t anticipated: She earned more money than she had as a teacher—a lot more.

My friend Diana is retired now. She opened her preschool many years ago, but if she were starting one today she would probably want to take advantage of the Wonderschool platform, a “digital marketplace of boutique early child care programs,” as it’s described, developed by Chris Bennett and Arrel Gray.

Childhood education expert Mia Pritts, previously part of the team that developed the preschool system at Google, Pixar, and Stanford, provides quality oversight of the preschools. In fact, Wonderschool says its program is similar in quality to the preschools on those prestigious campuses.

Now Wonderschool has raised $2 million in funding which it will use to expand to 15 new cities in 2018—and it is looking for educators who are interested in starting their own in-home preschools. Some Wonderschool teachers have even doubled their salary.

I spoke with Bennett and Pritts to learn more.

The Emphasis Is on Quality

“Our mission is to provide quality early childhood education to every child in the world,” Bennett told me—in all seriousness. “We are using the $2 million in funding to build out our team and our product so we can expand to other states and cities.”

That’s a desperately needed mission. According to the Center for American Progress, only 8% of preschools surveyed across eight states could be deemed high quality. There just aren’t enough quality childcare settings to meet demand.

Wonderschool applies the tech revolution to childcare by providing an online “dashboard” through which parents can explore nearby programs, schedule visits, review the program philosophy, and make payments.

“In-home childcare is usually seen as pretty informal,” Pritts told me. “People follow the basic regulations, but there’s not a lot of oversight or opportunities for providers to connect with colleagues or professionals.”

Pritts says a goal of Wonderschool is to elevate the field by working with educators and childcare providers to set up high quality, intentional environments and to follow standards Wonderschool provides.

“We provide in-person support through early childhood mentors, so providers can develop loving, stable, healthy, active environments for kids to grow and thrive in.”

Pritts says Wonderschool vets every person it partners with. “We are looking for a specific set of criteria,” she says. “People who join us are committed to a level of quality.” The program has 50-plus preschools throughout California; black women make up 20% of its providers.

The size of an in-home program is determined by state licensure requirements and the size of the home. Wonderschool helps educators with licensing, setting up their preschool, marketing, and more. 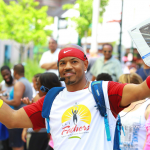 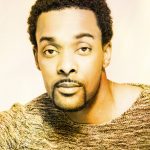