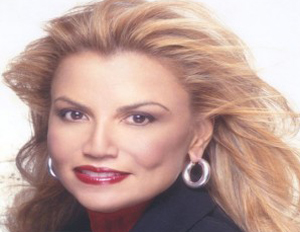 In a special series, BlackEnterprise.com highlights female leaders in industries from media, to business, to education to healthcare. These women have also held the honor of being Black Enterprise Women of Power Legacy Award winners.

In 2007, when Suzanne de Passe took the stage at the Black Enterprise Women of Power Summit to receive her Legacy Award, she spoke from the heart, sharing words of genuine gratitude and appreciation.

The award came to highlight the award winning path and strides de Passe made throughout her three decade long career. Credited as being the only African American woman to receive an Oscar nomination for best screenplay (Lady Sings the Blues, 1972); the nod jumpstarted her Hollywood career. One which includes multiple Emmy wins, nominations, Peabody and NAACP Awards for Executive Producing TV shows and miniseries like Lonesome Dove, The Temptations, and The Jackson’s: An American Dream, all made through her production company de Passe Entertainment. Balancing a busy Hollywood life with juggling responsibilities as a Motown executive, the legendary music label is where she rose through the ranks from beginning as an assistant in 1964 to being named president by 1981.

A savvy business woman with a determined and direct nature, de Passe’s early love of writing took the Harlem born talent to Syracuse University. Frustrated by the lack of student body diversity, she found an escape through music, eventually becoming a talent coordinator for New York’s Cheetah Disco. The position led her to booking for Howard Stein talent agency where she met Supreme, Cindy Birdsong, who introduced her to Motown President Berry Gordy. Hiring her on the spot, as his assistant, the rest of de Passe’s career made history as one of the few women working in the music business. Led by the mentorship of Berry Gordy, de Passe went on to find and mold the careers of the Jackson 5, along with signing Lionel Richie, Teena Marie, Rick, James and Stephanie Mills…to name a few.

During three decades of greatness, from discovering Michael Jackson to generating over a billion in revenue for Hollywood, Suzanne de Passe’s presence e at the 2007 Women of Power summit— gracing the stage, attending panels as an audience members, and happily humbly being honored as one of Black Enterprise‘s very first legacy award winners — makes her a Black Enterprise moment in time worth remembering.

Michael Bloomberg Works to Get Low-Income Students Through College