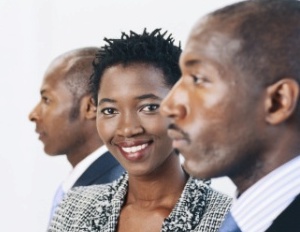 Despite the recession, women business owners have managed to weather the storm better than their male counterparts, and have even started businesses at a higher rate, according to a new report.

The American Express OPEN State of Women-Owned Businesses Report shows the number of women-owned firms from 1997 to 2011 increased by a rate of 50%, beating out the national average of 34% for all other businesses–that’s 1.5 times the national average. Women-owned businesses also now account for nearly one-third (29%) of all enterprises in the market today.

The reason for the increase? More opportunity and confidence, says Nell Merlino, CEO and founder of Count Me In for Women’s Economic Independence Inc., a nonprofit dedicated to women’s business ventures. “As African American women increasingly gain access to opportunities and education, they see that they can run a business on their own,â€ Merlino adds. “There is growing confidence that women have in their abilities, their ideas, and the products and services they can provide.â€

There’s also more help. “Knowing that I had access to a wide array of resources, contributed to me being more confident about launching my business,â€ says Tiffini Gatlin, 30, founder and CEO of The Atlanta Go To Girl, a concierge business. Gatlin, who launched her business in 2007, relied on a number of state-sponsored programs.

A rise in technology, the educational attainment level of women, and diversification in job industries such as construction and waste services are also likely reasons for the growth in female representation in entrepreneurship, according to the report. “African American women are now getting graduate degrees at higher rates, too, and if there is an increasing threshold of women getting more education, that leads to rising levels of business ownership, too,â€ says Julie Weeks, author of the American Express OPEN report.

Merlino notes that female business ownership has been on the rise for the past 20 years and the rate of women-owned businesses typically beats the national rate.