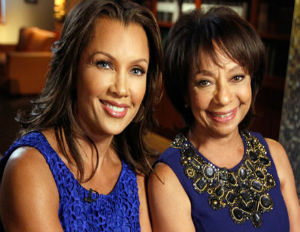 It has just been announced that renowned, award-winning megastar, Vanessa Williams, will be giving “Real Talk” at the 2016 Black Enterprise Women of Power Summit alongside her mom, educator and author Helen Williams.

The pair knows their way around getting to ‘the real’ in conversations with the release of their candid mother-daughter memoir, You Have No Idea: A Famous Daughter, Her No-nonsense Mother, and How They Survived Pageants, Hollywood, Love, Loss (and Each Other).

At the 2016 Women of Power Summit, the duo will lead a conversation on the costs and rewards of taking the road less traveled. The two will share their profound perspective on the keys to perseverance and success, not to mention what it takes to thrive and leave a legacy. Here is where you learn what your most persistent barriers are and how to overcome them. You will also gain insight on creating balance in your personal and professional life while strategically navigating the dilemmas that may arise. This will prove to be a real-talk conversation that you don’t want to miss.

Williams can speak firsthand on overcoming obstacles, as she has risen from the backlash of resigning from her post as Miss America in 1984 and transferred what could have been a disappointing legacy into one that houses some of the most recognized and championed roles in film and television, including the lead in Ugly Betty, Soul Food, and Desperate Housewives, and the list continues.

In addition to her many television and film roles, Williams is also recognized for her musical endeavors, which include hit singles: The Right Stuff, and Dreamin’, featured on her 1988 album, The Right Stuff. Her 1991 album, The Comfort Zone, topped the Billboard R&B Album Chart and contained the hit, Save the Best for Last.

The Williams duo will be taking years of experience and expertise and offering you knowledge on attaining success, despite all odds, at the 2016 Black Enterprise Women of Power Summit, March 9-12, 2016, at the Hilton Diplomat Resort & Spa, Hollywood, Florida.

In It to Win It: 3 Strategies For Achieving Your Goals in 2016