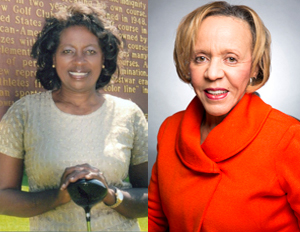 Each year Black Enterprise honors women who have made a significant impact on the immediate and extended world around them as Women of Power Legacy Award recipients. You may recall at the 2015 Women of Power Summit where four trailblazing women in varying industries were honored as exceptional additions to the Legacy sisterhood. Spelman College President Beverly Daniel Tatum, Ph.D., was honored with the prestigious Barbara Graves Legacy Award. Also receiving awards: National Public Radio and Public Broadcasting Service Journalist Charlayne Hunter-Gault; founder & CEO of National CARES Mentoring and Editor-in-Chief Emeritus Susan L. Taylor; and actress and activist Pam Grier. This year, the homage continues.

American professional golf pioneer, not to mention the second African American women to ever play on the LPGA Tour, Renee Powell, will be honored at the Women of Power 11th Annual Legacy Awards Gala Thursday, March 10, 2016, at the Hilton Diplomat Resort & Spa, Hollywood, Florida. Powell is a member of the Ohio Golf Hall of Fame and in 2015 she became one of the first female members, namely the first African American woman, to be inducted into the Royal and Ancient Golf Club of St. Andrews. Her father, Bill Powell, is the first African American to construct and own a professional golf course, Clearview Golf Club, in the United States. Black Enterprise celebrates her accomplishments.

Join us in celebration of these 2016 Black Enterprise Women of Power Summit legacies, March 9—12, 2016, Hilton Diplomat Resort & Spa, Hollywood, Florida. This year’s summit will hone in on knowing your worth, owning your truth, and embracing your power. Be sure to check back as more honorees are announced. Register now. 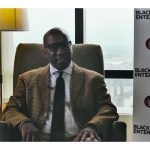