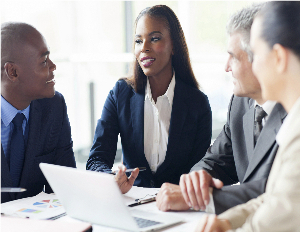 An all too familiar story

Two weeks ago, I joined for dinner alongside forty CEO’s, angel investors and venture capitalists in Los Angeles. It was quite a senior group of the who’s who of media and technology, with frequent flyers in from SF, NY and Chicago. Even though I could physically feel that I was getting sick, this gathering seemed like one not to miss.

I walked into a private room at a happening restaurant, where a lively bunch surrounded the open bar enjoying the first round of drinks. Some were catching up with colleagues and friends of 10 or 20 years, while others were forging new connections with fellow captains of industry. Looking around, I realized I was the only woman present.

Are you surprised? I hope not. As a woman in technology, this happens all the time. Our industry faces a stark gender imbalance. Whether in entertainment, engineering or venture capital, gender issues are woven into the fabric of a woman’s professional identity.

Ladies (and gentlemen), now let’s get in formation

Last November, the World Economic ForumÂ shared that the gender gap would not close until 2186. One year earlier, the expectation was 2133. It’s 2017, and we’ve stumbled backwards.

Selfishly for ourselves and for our children, businessmen and women must act with intention everyday to fight against the gender gap. While the Women’s MarchÂ is a glorious illustration of progress, marching isn’t enough. Marching that day reinvigorated a movement, but it’s the tiniest actions from both genders in the workplace and in the home that matter most. We’ll need to work through layers of psychology and deep-rooted belief systems to re-wire our brains and hearts for the better. With passionate voices working everyday to redefine the standard for gender equality, I believe we can move the needle.

To start, here are some bold, everyday actions from multiple perspectives:

FOR WOMEN TOWARDS OTHER WOMEN:

FOR WOMEN TOWARDS MEN:

FOR MEN TOWARDS WOMEN:

FOR MEN TOWARDS OTHER MEN:

FOR EXECUTIVES AND BUSINESS LEADERS, REGARDLESS OF GENDER:

Be Bold for Change

In closing, here’s my favorite, true story ending to the dinner party mentioned above. Throughout the first hour, the gender ratio came up in conversation multiple times, as it should. I chuckled along, but I was just honored to be included. Then, a particular older gentleman walked towards me, introduced himself and asked my name. It was Howard Morgan, the legendary investor, professor, executive and philanthropist who co-founded First Round Capital, one of the most respected seed-stage venture capital funds (with the best annual holiday video, ex. Howard as Drake @4:02).

He too acknowledged the lack of women in the room. While I introduced myself as a woman in venture capital, I observed his humility, intellectual curiosity and enthusiasm towards entrepreneurs. I felt lucky to meet him and was thankful (and surprised) that he chose to sit next to me. We continued to enjoy the meal, sharing stories about the past and thoughts about the future with our fellow table mates. It was an incredible evening. I did end up quite sick the next morning and through the next week, but it was worth it.

This International Women’s Day, I’m grateful to my colleagues, mentors and peers, whose everyday gestures and thoughtful actions move our industry towards collective impact. We still have a very long way to go until 2186, so let’s get to work!

Suzy Ryoo is Venture Partner at entertainment holding company Atom Factoryand new early-stage venture fund,Â Cross Culture Ventures. In addition to finding and investing in talented new entrepreneurs, she creates opportunities for founders at iconic companies (including Uber, Lyft, Dropbox, Warby Parker & Spotify), as well as fast growing startups (including Beautycon, theSkimm, Gimlet Media, Skurt, WeTransfer and Thrive Market) within the AF & CCV portfolios. As a co-founder of SMASHD Labs, Suzy and team have also spent the last six months on the “Culture and Codeâ€ tour, discovering and engaging in the entrepreneurial ecosystems of Atlanta, Detroit and next Miami.

Passionate about community and diversity, Suzy serves on the advisory council at the USC Marshall Greif Center for Entrepreneurial StudiesÂ as well as on the board of a non-profit called URBAN TxTÂ (Teens Exploring Technology), which encourages young men of color in South LA to become catalysts of change in urban communities via technology and entrepreneurship.

Women 2.0 is building a future where gender is no longer a factor. Founded in April 2006, it’s now the leading media brand for women in tech. The for-profit, for-good company takes an action-oriented approach that directly addresses the pipeline from all sides: hiring, founding, investing, and leading.

Stop With the Lack of Tech Talent Pipeline Foolishness