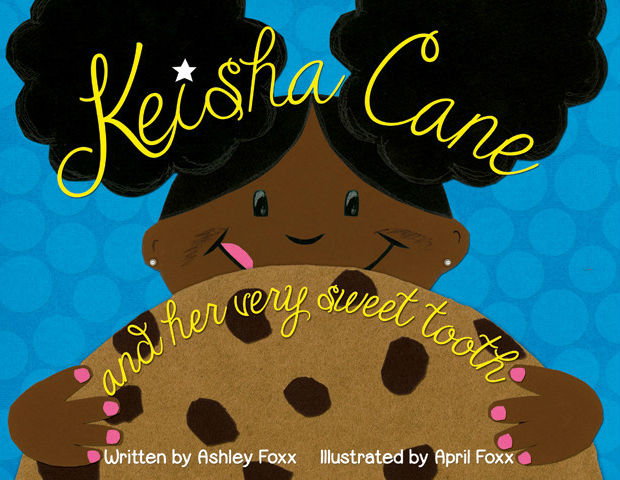 When Ashley Foxx was teaching her kindergarten and first graders at Memphis College Prep Elementary School in 2010, she knew that for all of their excitement about learning to read, they were at the most impressionable stage imaginable.

“Teaching in Memphis in an urban area, the classes you teach are between 98 to 100 percent African American,â€ Foxx says. “You want to have some books that represent us in yourÂ curriculum but we’d have to go out to find those books. A lot of the popular ones do have those characters, but they weren’t written by African American authors.”

“Trying to find one of those that could be used to teach reading skills, you’d have to put in some effort. I had to do a lot of searching, a lot of talking to librarians and lots of Googling.â€

She’d wanted to pursue her dream of becoming a children’s author, but her teaching duties restricted her time. Then came an offer from the school’s founder, Michael Whaley: He wanted Foxx, a University of Pennsylvania graduate, to be his Dean of Students.

She had a decision to make.

“My heart was warring against the logic,â€ she says, recalling her apprehension. “I went back and forth but I had already written Keisha Cane by that time. Then over the summer I wrote four more [books]. So I knew it was a leap of faith but these stories were just pouring out of me.â€

Foxx had long gotten the inspiration for Keisha Cane, an afro-puffed, deeply hued little black girl whose fits of mischief complement a curious nature. She was also inspired by one of the little girls at her church, the Northwest Church of Christ in Memphis, who reminded her of herself as a little girl. The Keisha Cane series will continue with Keisha Cane Leaps for the Sun and the three others: On the Road to Madea’s House and Bumble’s Big Mouth and Foxxy Finds a Friend. Just this month, the sister duo Ashley and April Foxx, raised over $6,000 via Kickstarter to launch their project. The first book, Keisha Cane and Her Very Sweet Tooth, is available for preorder now through March 11. March 23 marks the official launch event at Literacy Mid-South in Memphis. Her tour will make stops in Philadelphia, Denver and New York.

Whaley says her passion for children was evident from the very beginning.

“From the start she was a powerhouse in the classroom,â€ said Whaley, who opened the school’s doors in August 2010. “Her sense of purpose and dedication to seeing all children succeed regardless of challenges outside of the classroom really stood out. She has a very strong vision for what is possible for students.”

Whaley says students saw Foxx as a role model because they knew that she cared.

“She’s really the epitome of what we call warm and strict.”

“It’s remarkable how quicky she’s been able to get this off the ground but having known her it’s not surprising, given her purpose and mission of serving children and doing it in different ways. Literacy is everything and I’m very proud of what she’s done,” concluded Whaley.

Ashley Foxx may not be the Dean, but she still substitutes at Memphis College Prep — in part because there’s still work to be done.

“I’ve always wanted my little babies to be able to see themselves in the characters,” she said, “but it’s important for them to also know if they wanted to they could become an author and a publisher, too.â€