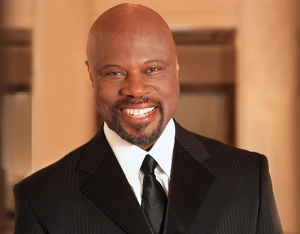 Wintley Phipps, the renowned Grammy-nominated gospel singer who has sung for the last six U.S. presidents, was deeply troubled. About 30 years ago, he had begun singing in prisons and was shaken by what he saw: young black men locked up, many of whom had children. He soon learned some shocking statistics:

[Related: If You Can Write, You Can Read]

Disturbed by these statistics and grieved by the inherent risk posed to children of incarcerated parents, Phipps wanted to do something to ensure that these youngsters could grasp a brighter future. He tapped experts from Princeton and the University of Michigan to examine the problem; the chaplain of the U.S. Senate was also on that committee. After two years, in 1998, the Dream Academy after-school program was born.

“A committee of experts determined that two interventions would be most effective,â€ Phipps says. “Increasing the density of caring, loving adults in these children’s lives; and academic tutoring.â€

While ministering in the prison, Phipps felt as if he were on a black college campus. When asked why–were the men articulate, were they bright–he answered, “Bright? They were brilliant. But many of them had been caught in the inter-generational cycle of incarceration.â€ That was the cycle Phipps was determined to help break.