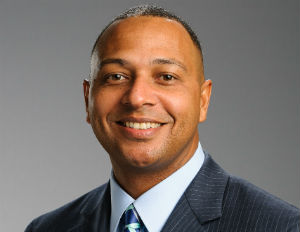 Ten years ago, Hurricane Katrina devastated the Gulf Coast, flooding much of New Orleans and leaving the city profoundly changed. But decades before Katrina, a slow, insidious devastation was taking place in the city’s schools. They were “pretty awful,â€ says Patrick Dobard, the superintendent of the Recovery School District, which many people think was started to facilitate recovery from Katrina. “But it was created two years before the storm,â€ he says. In overseeing the RSD, Dobard is supervising part of an education reform movement that can only be called historic. About 90% of students in New Orleans now attend charter schools. Whether or not the reforms are working for most school children in the Big Easy is still being debated, but change is definitely under way.

[Related: Programs Aim at Easing Tensions Between Students and Police]

The stats are pretty impressive. High school graduation rates have gone up by 21 percentage points in the last decade; the passing rate for third- through eighth-graders has increased by 80%. Today the city has fewer failing schools–only 7% are considered failing today compared with 62% in 2005. Now, 62% of students score at proficient levels on statewide assessments. In 2000, only 25% did. Even more heartening: A decade ago, of the city’s 3,500 high school seniors, only 19% enrolled in college. Out of 2,600 seniors today, more than 51% enroll in college. The RSD asserts that New Orleans now exceeds Louisiana in graduating African American students, African American males, and students with disabilities.

The RSD and the New Orleans Parish Board celebrated in May the second annual Senior Shout Out at which college acceptances and scholarship awards are recognized by local political and community leaders. Mayor Mitch Landrieu, city council members, and school board members attended–all to signal to the seniors, the city, and everyone else that New Orleans is serious about preparing each one of its students for a bright future by investing in an education that overcomes the odds.

Although Dobard is pleased with the results so far, he acknowledges that there’s still plenty of work to do. “We’re just getting good. We’re not very good, excellent, or outstanding,â€ he admits. “We still have to move toward that because we want kids to have an excellent education going forward. Until we get to a system of schools in which every school is excellent, we still have a lot of work to do.â€

Boston Market Launches ‘Take a Side Against Fried’ Campaign