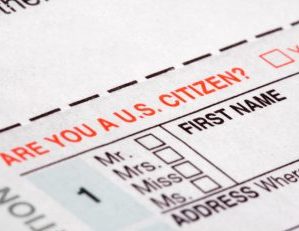 While President Trump’s executive orders on immigration and border control have stirred the passions of many, for now, it seems the H-1B visa program is safe. Yet, is that a good or bad thing for African Americans?

Filling a Tech Talent Vacuum or Something Else?

The H-1B visa program allows citizens of other countries to come to the United States to work. It is an employment-based visa that does not classify these workers as “immigrants.â€ An employer has to offer a foreigner a job, and then apply for that person’s visa though the U.S. Immigration Department.

The top industry for hiring H-1B workers is technology. The 2017 H-1B Visa Report Â ranks computer systems design and related services as the industry sponsoring the most H-1B visas.

The argument for H-1B visas is to fill a tech-skills vacuum. However, many Silicon Valley industries have been accused of using the visa program to hire cheap labor. Some claim that Hewlett Packard, Toys ‘R Us, Xerox, Pfizer, and Microsoft use Â H-1B Â workers to reduce payroll costs.

Lending weight to these accusations is the existence of businesses set up as H-1B visa farms. They are often operated under the guise of staffing or recruiting companies, and many are in India. Perhaps not coincidentally,Â 86% of H-1B visas for tech companies in the U.S. went to Indians in 2014.

More Than One Way to Boost Diversity Numbers

If H-1Bs are issued to contribute to a company’s bottom line, does that invariably reduce the number of African Americans hired in Silicon Valley?

Leonid Bershidsky, writing for Bloomberg, suggests that may be the case:

Blacks and Hispanics make up 3% of Google’s U.S.-based tech workforce, on the same order of magnitude as their share of relevant degrees. For Asians, however, there is a striking disparity: According to the NSF, they earned 8.2% of all advanced computer science degrees in 2009, yet they make up 34% of Google’s tech cadre.

…the company’s vast ranks of immigrants do represent a sort of diversity, a reflection of the company’s meritocratic values. The Asians, and probably many of the whites, on Google’s payroll must come from an impressive variety of backgrounds. Diversity doesn’t have to be measured in traditional race categories in a company–Google is one of the 40% of Fortune 500 companies founded or co-founded by an immigrant–where Russians, Chinese, Indians, Ukrainians, Japanese, and Thais work side-by-side.

The H-1B program creates an all-around winning situation for these companies: By hiring workers on H-1Bs, they receive cheaper labor and can also point to their brown-skinned engineers and claim diversity boosts.

Tech leaders and H-1B proponents are quick–and correct–to point out that many immigrants, including those who originally came to the U.S. as H-1B visa holders, often go on to start their own companies. CNN reports, “According to a recent study from the National Foundation for American Policy, more than 50% of the U.S.’s ‘unicorns’–or privately-held companies deemed to be worth $1 billion or more–had at least one immigrant founder.â€ These immigrants in turn, become job creators.

As their businesses grow and the H-1B visa program thrives and even expands (H-1B visas increased by 3,000 from 2015 to 2016), their companies perpetuate the same practice–hiring more H-1B foreign labor. This results in a never ending circle that, critics say, can keep high-skilled African American tech workers at the perimeter of Silicon Valley.

Although Trump’s executive orders have not targeted H-1Bs, the program may not remain safe. During a White House briefing, Press Secretary Sean Spicer said Trump will continue to talk about reforming the H-1B program, among others, as part of a larger push for immigration reform, CNN reported recently.