Will and Jada Pinkett-Smith Careers in Entertainment Tour 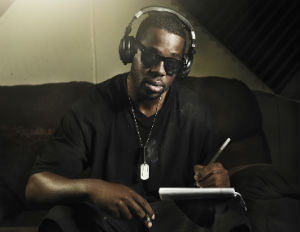 Celebrating the two-year anniversary of President Obama’s My Brother’s Keeper (MBK)Â initiative, Will and Jada Pinkett-Smith, through the Will and Jada Smith Family Foundation, will kick-off theÂ Careers in Entertainment TourÂ in support of MBK. The Smiths are proud to respond to President Obama’s call to action under MBK to increase opportunities for all of America’s youth, including those who face disproportionate challenges and opportunity gaps.

“The My Brother’s Keeper Task Force applauds The Will and Jada Smith Family Foundation for responding to President Obama’s call to action to ensure all youth have clear pathways to opportunity and success,” says Broderick Johnson, assistant to President Obama, cabinet secretary, and chair of the My Brother’s Keeper Task Force, according to a press statement. “We commend Will and Jada for leveraging their unique platform and networks to inspire and engage our nation’s most vulnerable youth, whose tremendous talents are too often underrepresented in this and other industries.”

Since the launch of MBK, all industries–including federal and local government, business, nonprofits, local education agencies, even individuals–have worked to make a difference in the lives of the young people of color.

The tour aims to target young people who are interested in careers and entrepreneurial opportunities available in the entertainment industry. This effort will focus on high school and college students, many of whom are eager to break into the industry.

“The Careers in Entertainment Tour is an engine for change in our industry, and a means of closing the gap between dreams and the tools necessary to achieve them. This initiative in support of My Brother’s Keeper will engage our underservedÂ young girls and boys in hope to inspire future generations–a responsibility I do not take lightly and one I cannot wait to bring to fruition,” Jada Pinkett-Smith released in a statement.

Each tour will feature general panels and breakout sessions with particular emphasis on specific segments of the industry of interest to students. Students will get an opportunity to hear from professionals that represent a variety of film and television industry jobs including filmmaking, television production, cinematography, composing, writing, project development, representation, distribution, sound design, film editing, public relations, and marketing to name a few. Each tour location will focus on the overall film and television profession, as well as the path to achieve successful careers.

The tour, slated to begin fall 2016, will provide students from local school districts, community groups, and colleges the opportunity to learn about careers in the film and media industry firsthand.

In the fall of 2015, SBA Millennial Champion, Mike Muse, along with other partners, collaborated on the Careers in Film Summit in LA to help shift the industry into a more inclusive direction.

[EXCLUSIVE] Charlamagne: ‘I don’t want to live in a Donald Trump America’