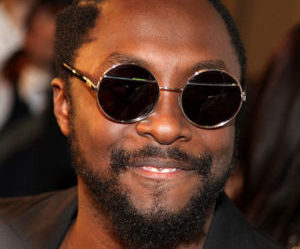 In addition to being a super-creative talent from The Black Eyed Peas, Will.i.am has been playing quite heavily in the tech space. We watched him host Apple’s new series Planet of the Apps, alongside Jessica Alba, Gary Vaynerchuk, and Gwyneth Paltrow, without too much knowledge of what he was working on… until now.

Introducing, I.am+, a tech startup focused on artificial intelligence, similar to Apple’s Siri and Amazon’s Alexa, according to Reuters. The company just closed $117 million in venture funding, and houses over 300 employees.

Prior to raising this round, the company closed $89 million from Salesforce Ventures, but that was quietly kept.

“I wanted to create something that allows us to do many things,” Will.i.am, founder and chief executive of the company, told Reuters. “There’s so much you can do with a voice platform.”

Will.i.am is going the enterprise route versus straight to consumer, which allows him to create a large amount of scale very quickly. The company’s first customer was Deutsche Telekom AG (DTEGn.DE), the German telecommunications giant.

Initially, when the company launched, it appeared on the market feeling very similar to Beats By Dre. It was introduced as premium wireless Bluetooth earphones with excellent sound quality for calls and music. It flaunted fashionable colors that would match your iPhone or Android devices. Although these earphones are still on the market, it seems that the focus is now more on enterprise growth and capturing market share.

The website describes the enterprise side of the company as, Omega, an “A.I. platform which was built to be conversational & contextual. It is a voice-first A.I. platform that delivers natural and engaging user experiences for organizations of any size.” 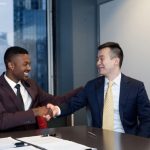