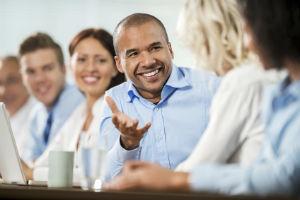 “Buyers like us, we have a lot of options. It’s a buyer’s market,” said my friend, a successful entrepreneur who, like me, buys software companies. He went on about how venture capital is harder to come by lately. “And these guys,â€ he said while gesturing toward the Twitter and Uber offices, “have given people the wrong idea about what success looks like for a startup.â€

We spent the rest of lunch discussing just how skewed the formula for “successâ€ had become in hubs like San Francisco that influence the rest of the startup ecosystem worldwide.Â The Airbnb and Uber stories have convinced smart founders, who are capable of building sustainable businesses and creating jobs, that they must pursue the unicorn dream.

I hope you can appreciate the irony, as San Francisco is where seemingly everyone in our business wants to be. It’s the mecca for entrepreneurs who are supposed to be smarter and more successful than I am. And there I was, a small town southerner, having meetings in the “itâ€ city for tech startups and SaaS apps, looking around and thinking, “This doesn’t make sense. This is out of control.â€

What’s With the Unicorn Obsession?

Stop and consider this scenario: two founders have an idea for something (mildly) disruptive or innovative–say, on-demand cutlery as a service. They envision an Uber model for people who will carve your turkey at Thanksgiving.Â

These co-founders are smart, and they have a good team. They raise a solid seed round, put $1 million in the bank, and manage to build up their monthly recurring revenue to $30,000 in six months. The Unicorn Formula says that, if they hit a few more milestones, they will be poised for a really good Series A–like it’s some kind of given.

But despite bringing in $30,000 a month, the founders are spending more money than they’re making. As they consider more fundraising, they revisit their cap table. It gives them a reality check; they have given investors a big chunk of the company’s equity and another 10% to the developer who built the minimum viable product.Â

How to Foster a Company Culture That Values Creativity and Innovation

6 Facts Every Job Seeker Should Know About Job Hunting