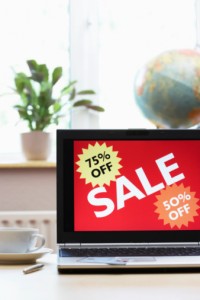 If you thought the folks over at Facebook were done making changes, you were wrong. The social networking site has added yet another feature. Now, consumers will be able to receive discounts from retailers. The new feature, called Deals on Facebook, features discounts on a wide range of social activities. Deals are available for activities such as hiking, gym classes, and horseback riding lessons. Featured events include concerts, dinners, and comedy shows. Facebook users can find out about these offers through e-mail alerts or by clicking on the deals tab on the home page.

Users are able to buy, share, and like deals on Facebook. In addition, if a friend likes a particular deal, and they allow others to see this information, it will appear in your news feed. Companies such as OpenTable and GiltCity are expected to offer Facebook deals in the future. Currently, deals are only available to those who live in Atlanta, Austin, Dallas, San Diego, and San Francisco.

Nah Right And The Business of Music

Watch: Comedy or Buffoonery? You Tell Us