Why Entrepreneurs Donâ€™t Need a Track Record to Succeed 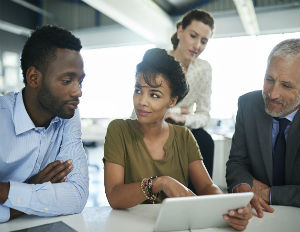 As an entrepreneur, I see the world a bit differently. Since I’ve never had a full-time job or received muchÂ training at my part-time work, I’ve always gone with my gut on how certain tasks should be approached.

While experience has its benefits, in my experience, inexperience can lead to innovation and out-of-the-box thinking. That’s how I approached my idea for Valuation App, a mobile app for financial analysis. I didn’t have the money or the marketing resources to get an app built and promoted, so I used crowdfunding as a means to finance it. Using just a deck, I raised money from 57 peopleÂ to crowdfund the app’s expenses.Â I requested $11 from each personÂ and raised close to $4,000. And it worked – the appÂ is nowÂ available on Android and iOS, and even led to my next venture.

I didn’t knowÂ how things traditionally worked, but that onlyÂ contributed to my spirit of adventure and willingness to tackleÂ situations according to my own inherent logic. I never thought:Â “but this isn’t how it’s done.â€ Instead, I approached every problem with a fresh perspective that allowed me to accomplish exactly what I set out to do.Â I was able to cultivate this mindset by doing the following:

Even better, this approach helped me earnÂ credibility as someone who could hustle, stay persistent and be innovative.

Sohin Shah is an angel investor and a mentor to startups who can be reached at www.sohinshah.com. In 2012, he successfully crowdfunded Valuation App with 57 backers and went on toÂ pioneer real estate crowdfunding.

Is There a Time When Leaders Should Show Their Emotions?