Why Does Budweiser Want to Buy Corona? 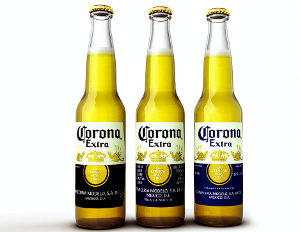 Last week, the Department of Justice blocked a move by ABI InBev, the maker of Budweiser and other beers to purchase Grupo Modelo, Corona’s parent company. The government felt that the sale would “substantially lessen competition in the market for beer in the United States as a whole.â€ They also stated that the sale would result in consumers “paying more for beer and having fewer new products from which to choose,â€ according to a Justice Department statement.

ABI is the largest beer firm in America, and Modelo is the third-largest firm. Together, these companies would control around 46 percent of annual beer sales in the country.

Federal authorities say that ABI considered Corona a significant threat and launched Bud Light Lime to compete with Corona in 2008, even mimicking Corona’s bottle design.Â  “Ultimately, instead of trying to compete head-to-head with its own product, Bud Light Lime, ABI is thwarting competition by buying Modelo,” DOJ said in a press release.

Assistant Attorney General Bill Baer, who heads DOJ’s Antitrust Division, said in a statement. “If ABI fully owned and controlled Modelo, ABI would be able to increase beer prices to American consumers. This lawsuit seeks to prevent ABI from eliminating Modelo as an important competitive force in the beer industry.â€

The Justice Department also noted that the increasing popularity of craft beer was a major factor in ABI InBev’s decision to buy Grupo Modelo. “We must slow the volume trend of High End Segment and cannot let the industry transform,â€ ABI InBev said in internal strategy documents obtained by the Justice Department, referring to the threat posed by imports and craft beers.

ABI InBev said in a statement that it would “vigorously contestâ€ the lawsuit.

“The U.S. Department of Justice’s action seeking to block the proposed combination between ABI InBev and Grupo Modelo is inconsistent with the law, the facts and the reality of the marketplace,â€ the statement said.

Saving Money For a Rainy Day Is Easier Than You Think

Slashing Costs, Not Innovation: How a Virtual Team Can Benefit Your Business