Why Blacks Shouldnâ€™t Panic About The Stock Market Sell-Off 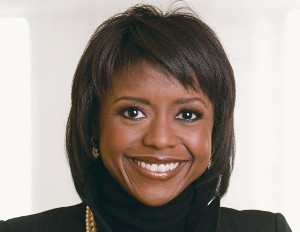 To say that it’s not a happy new year for U.S. stocks is an understatement.Â  The Dow Jones Industrial Average plummeted nearly 400 points Thursday after opening the year’s trading by dropping to its lowest level since 2008.

All U.S. stock indices, and many around the globe, are falling in response to evidence that the Chinese economy is weakening, and in response to moves by the Chinese government to devalue the country’s currency in an effort to sell more goods abroad and boost economic growth at home.

“In addition to concerns about China, you’ve got geopolitical events in Iran and North Korea, and concerns about a global economic slowdown.Â  It would be difficult for the market not to react,â€ says Art Hogan, Managing Director and Chief Market Strategist at Wunderlich Securities.

Hogan and many other analysts agree that investors should keep a close eye on China and global events, but remember that the U.S. economy is growing and try to keep their emotions in check.

“Although China is the second-biggest world economy, it composes roughly only 13% of the global economy. So even if it somehow suffered a horrific -10% fall in overall production, the global economy would likely only change by about -1%,â€ says Mellody Hobson, president of Ariel Investments.

It is also important to remember, when you see scary headlines and hear “water cooler” chatter about plummeting markets, that you haven’t lost a penny until you sell.

Some market watchers say blacks have a higher tendency than other groups to suffer losses due to panic selling.

“Many of the blacks who are investing and climbing the wealth ladder are experiencing early generational wealth–being among the first in their family to amass wealth,â€ says Jacquette Timmons, financial behavior expert, and CEO of Sterling Investment Management Inc.

“It often comes with a sense of responsibility; people feel like it’s their duty to protect the money for their families. Someone in this situation would be a candidate for panic selling when they see a market falling because they would have a heightened concern about minimizing their losses,â€ she adds.

“African Americans are more likely than Whites to agree that timing the stock market … is crucial when investing,â€ says Hobson.Â  “The greatest investment minds have proved over and over that timing the market doesn’t work. Even Warren Buffett doesn’t try to time the market and he’s arguably the most respected (and wealthiest) investor of all time. Buying low and selling high is every investor’s ultimate goal, but the most proven way to get there is to simply buy and hold.

“What pays off is time in the market, not timing the market,â€ she adds.

Always keep in mind that your risk tolerance and your time horizon–when you actually need the money you have invested–play a critical role in your market moves.Â  Try to keep your emotions in check and talk to a financial professional about your overall investment goals before you make any decisions.

Why Just Tweet When You Can Whistle a Whole Tune?

Ken Griffey Jr. to Be Inducted Into Baseball Hall of Fame