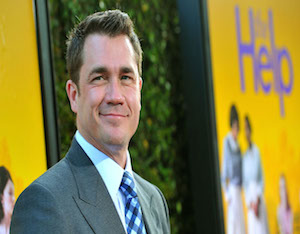 In fact, that is 37 out of 39 of the major cinematic releases this summer. This includes a biopic of James Brown (Tate Taylor, “Get On Up”); a drama involving love at a cancer support group (Josh Boone,Â “The Fault in Our Stars”; a comedy about blended families (Frank Coraci, “Blended”), a horror feature based on true events (Scott Derrickson, “Deliver Us From Evil; an action flick starring Scarlett Johansson (Luc Besson,Â “Lucy”); and a CGI-spectacle involving robots in disguise (Michael Bay, “Transformers 4”).

Sure, minorities were present on screens across the country. Tim Story’s “Think Like a Man Too” hit big and Spike Lee’sÂ “Da Sweet Blood of Jesus” came and went in a flash. Thomas Carter (“Coach Carter” quietly dropped a sports drama about De La Salle High School’s record-setting football team, but that’s pretty much it when it comes to highly-anticipated summer films from African Americans.

As Robert Rodriguez’s “Sin City” sequel gets ready to close out the summer, the final project that encompasses any diversity in Hollywood is the sci-fi epic “Jupiter Ascending”Â by Lana and Andy Wachowski (“The Matrix,” “Cloud Atlas”).

What do you think of Hollywood’s return to the old status quo? What films are you anticipating from black filmmakers? Speak your piece below.