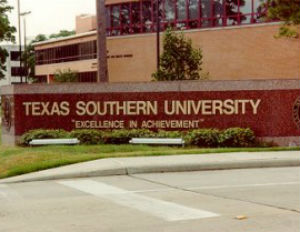 Patricia Garrison, a white administrator at Texas Southern University’s law school, can move forward with her lawsuit for employment discrimination and retaliation claims, according to a federal judge.

According to Diverse, Garrison’s employee evaluations had been strong. But she alleges that another dean, Dannye Holley, tried to remove her from her position as assistant dean for academic support because she was white. Texas Southern is a historically black university.

“Texas Southern University treated one of the hardest working employees in its law school poorly for one reason and one reason only – she is Caucasian,â€ Garrison’s court complaint says. “It denied this woman compensation she earned, stripped her of job duties she was performing well and steadfastly put up roadblocks in an attempt to make her life so difficult that she would resign.â€

Texas Southern contends that its attempts to remove Garrison were related to “legitimate, non-discriminatory business decisions.â€

Read the whole story at Diverse.

Could Cory Booker Soon be Living on Food Stamps?

New Academic Standards Based on Race Spark Controversy in Virginia