Where are They Now: 7 Powerful Business Leaders Who Changed the Game 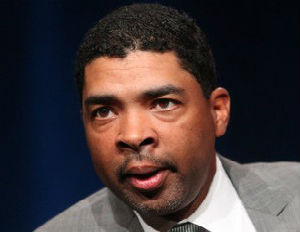 In Black Enterprise‘s August 1995 issue, the featured list ofÂ 25 Future Leaders to Watch included up-and-coming professionals and entrepreneuers across several industries. Some of them were well-known, while others were on their way to the top. Check out this update on seven of them, who are now dominating forces in the work world and have created household names for themselves:

In 1995, Clinkscales was president and CEO of VIBE magazine during its most influential period (1993-1999). After just 18 issues, Vibe’s circulation tripled to 275,000 because of Clinkscales’s expertise and skill. Vanguard Media followed next, where the executive oversaw Honey, Heart & Soul and Savoy magazines as chairman and CEO, which Black Enterprise described as “the most highly capitalized black company in U.S. history.” Since 2007, Clinkscales, a Harvard graduate, has served as senior vice president of Content Development and Enterprises of ESPN. He also developed The Shadow League, a digital sports platform, as senior vice president at ESPN. His latest venture includes partnering with Sean “Diddyâ€ Combs and has since launched Revolt TV.