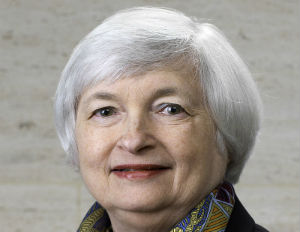 Federal Reserve policymakers raised interest rates for the first time since June 2006, stating they feel the economy is finally strong enough to sustain a modest increase in rates.

“Household spending and business fixed investment have been increasing at solid rates in recent months, and the housing sector has improved further,â€ Fed policymakers stated in a release after the hike.

The Fed’s benchmark Federal Funds rate–the rate banks charge each other to borrow short-term money–will rise modestly from zero. Central bankers also projected that they would raise rates slightly four times by the end of 2016 with their key rate rising to 1.375%.

“The tone of the statement was fully in line with the thinking that most Fed officials had expressed lately. The emphasis remains solidly on a gradual pace of the rate normalization process ahead, its exact tempo to be determined by the dynamic between economic growth and inflation,â€ says Anthony Karydakis, chief economic strategist at Miller Tabak + Co L.L.C.Â Â Â Â Â Â Â Â

“This rate hike was so expected that in a lot of ways it was already priced into the markets. So it’s possible rates may rise slightly, but the larger impact will occur from the Fed’s gradual rate increases over time,â€ says The Money Coach, Lynette Khalfani-Cox. Cox is also the author ofÂ  the book Zero Debt for College Grads.

While the Fed plans to take its time with rate increases over the next few years–withstanding economic, political, or security events that stress the economy–many analyst say that consumers still need to brace themselves for a new climate in the rates that affect their lives.

“The cumulative effect of a series of interest rate hikes over the next couple of years could take an adjustable mortgage rate from 3% to 5%; a home equity line of credit rate from 4% to 6%; and a credit card rate from 15% to 17%. This is where the effect on household budgets becomes more pronounced,â€ says Greg McBride, chief financial analyst at Bankrate.com.

McBride adds that consumers should, “Refinance out of adjustable rate mortgages and lock in a fixed rate. Grab the 0-percent and other low rate credit card balance transfer offers now while you still can, as this provides a tremendous opportunity to accelerate debt repayment and get that credit card debt wiped out once and for all.â€

As for the financial markets, higher rates mean you may get more yield on your savings accounts and other money market instruments. Stocks, however, which are typically hurt by rising rates are not expected to be greatly affected as, the market has been expecting this for a long time.