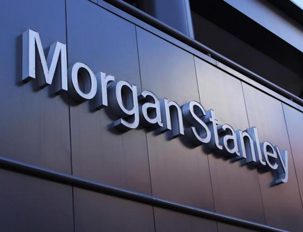 With the 2014 launch of a Global Sports and Entertainment Division, Morgan Stanley is adding a spin to the way professional athletes and entertainers are educated about their finances.

Created by veteran executive Drew Hawkins, the mission of the division is to reverse the statistics of bad financial patterns which show nearly 80% of NFL players and an estimated 60% of NBA players go broke just five years after retirement.

Hosting its first financial education program last year at Boston College, Hawkins spoke to BlackEnterprise.com about his role as head of the $37 billion division and how he and his team of approximately 80 financial advisors are taking a non-traditional Wall Street approach to wealth management education.

Talk about your alignment with former professional athletes Bart Scott and Antoine Walker.

We wanted a curriculum that speaks to student athletes and we didn’t want it to be your typical Wall Street person coming in and talking. So we took it to another level and brought in two different individuals. Bart Scott started his career with the Ravens and made some good investment decisions and was able to come out of the league and transition into another career with a foundation. Walker, who was identified to be a superstar at a very young age, went to the NBA, won a championship, became MVP and made millions during his playing career, but unfortunately two years after the league he filed bankruptcy. It’s amazing to see the faces of the students in terms of their level of interaction and engagement with these stories. We realize that with student athletes, only 2% will have the opportunity to go pro but the foundation of what we talk about is information they will use whether they become an attorney, professional writer or whatever they are going to do.

How many colleges and professional sport teams has Morgan Stanley worked with so far?

We just launched our financial education program in March of last year at Boston College and afterwards we went back and made some adjustments. Last year we had an opportunity to work with approximately 2,600 student athletes at various universities and presented programs to a number of NFL players. We worked with the University of Connecticut, Notre Dame, Rutgers University and the University of Florida. We also worked with some USA athletes in the Olympics and ran programs for the Jacksonville Jaquars, Pittsburgh Steelers and Seattle Seahawks.

In addition to sports, what are you doing on the entertainment front?

We brought on actress Tamara Tunie from Law and Order, who had a business manager she had been working with for 18 years who embezzled more than a million dollars from her over a period of time. What we do is take Tamara out and get in front of folks in the entertainment business to talk about making good solid decisions. At Sundance we had Tamara on a panel and went through the [financial education] program with a room full of writers, directors, producers and actors.