What Bill Cosby Can Teach Us About Ourselves and 'Celebrity' 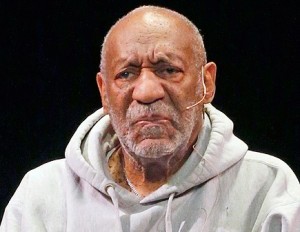 As we reflect on 2015, very few of us could have imagined that, as the year comes to a close, we’d be reporting on an arrest warrant issued for comedian Bill Cosby. Yet, just a short time ago, Montgomery County First Assistant District Attorney Kevin R. Steele issued a warrant for the 78-year-old comedian for allegedly drugging and assaulting a woman in 2004.

The controversy surrounding Cosby brings to mind an experience I had with him in the late 1990s that we can all use as a catalyst to examine our attitudes about celebrities.

I interviewed Cosby for a series I was doing about celebrities and money for CBS MarketWatch. As expected, Cosby was charming and funny. When it was over, he asked me to escort him out of the building. We joked in the elevator and when I walked him to the door and it was time to say goodbye, he took my wrist and said, “You’re not going back to work. You’re coming to have breakfast with me at my place.â€ I laughed and declined. Yet he repeated it several times, still holding on to my wrist. We were in a busy lobby and he eventually laughed it off and left.

I didn’t think much about this and assumed my gut feeling, which was telling me that something about our interaction was ‘off,’ was mistaken. Our interaction had even caught the attention of the security guard on duty, who ultimately shrugged it off as well. After all, this was Bill Cosby.

As I’ve watched and wondered like the rest of the world as his truth has been revealed, I, along with all of us, have to ask why this man got the benefit of the doubt from so many, when we all know, instinctively, that where there is that much smoke, there must be fire.

I share this now because this is a teachable moment, where we must evolve and stop allowing our human fascination with celebrity to make us forget our intelligence. We owe this to the victims in this case and to our children.

I discussed this with Terrie M. Williams, award-winning mental health advocate and author of Black Pain: It Just Looks Like We’re Not Hurting.Â

BlackEnterprise.com: When you think about the experience many celebrities have had — special treatment, unlimited access and very few, if any people, saying ‘no’ to them from the time they showed a unique talent — are we being unrealistic to think that they had many opportunities to develop into the role models we demand them to be in their personal lives?Â  That would be challenging for anyone who has been isolated in that way.

Williams:Â We should let them off the hook when it comes to the expectation that they must be role models in their personal life. You just never know what a person’s journey has been, how they have been affected, and how they have lived their lives. And you have to be mindful of that. Everybody has scars and a story. In addition, many people who are rich and famous understand the power they have over people and they know how to get what they want because of who they are in the world, because of their branding.