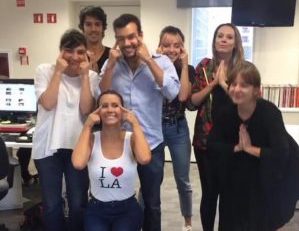 Another week hasÂ gone by; another week where technology collides with bigotry. Highlights in this week’s edition: People of color are routinely discriminated against with credit scores and now, new algorithms can further wallop minorities’ credit ratings; technology-industry gentrification and other factors puts pressure on black residents to leave one of the last African American enclaves in Los Angeles; plus more disturbing stories.

The Guardian put the spotlight this week on Oakwood, an L.A. neighborhood. African Americans and Latinos banned and priced out of the trendy city of Venice, flocked to Oakwood and built a vibrant community. With a currentÂ a real estate boom from technology professionals and entrepreneurs, as well as allegations of police harassment, the African American population in Oakwood continues to dwindle.

How Algorithms Can Bring Down Minorities’ Credit Scores — The Atlantic

Powerful software algorithms find out the most intimate of details about our lives, including where we live and with whom we associate. The Atlantic looks into how these algorithms can negatively affect the credit scores of people of color.

The Boston Police Department invested $1.4 million into a social media tracking system it says will be used to track down violent gang members. Civil rights watchdogs fear the technology will instead be used to profile and harass young people of color.

You’d think a leading media outlet would know better. A team with Glamour Magazine‘s Brazilian team went to Japan and engaged in some ugly and racist behavior. As any person of color active on social media knows, Twitter can be a harsh place. While Twitter has made attempts to combat the worst and most juvenile rhetoric on its platform, such as banning accounts associated with the white nationalist alt-right movement, it has struggled to reign in racism and sexism. The Washington Post features an essay from a graduate research associate at the NYU Social Media and Political Participation (SMaPP) lab and NYU Ph.D. candidate, and how he uses bots to create a more egalitarian and mature online community.